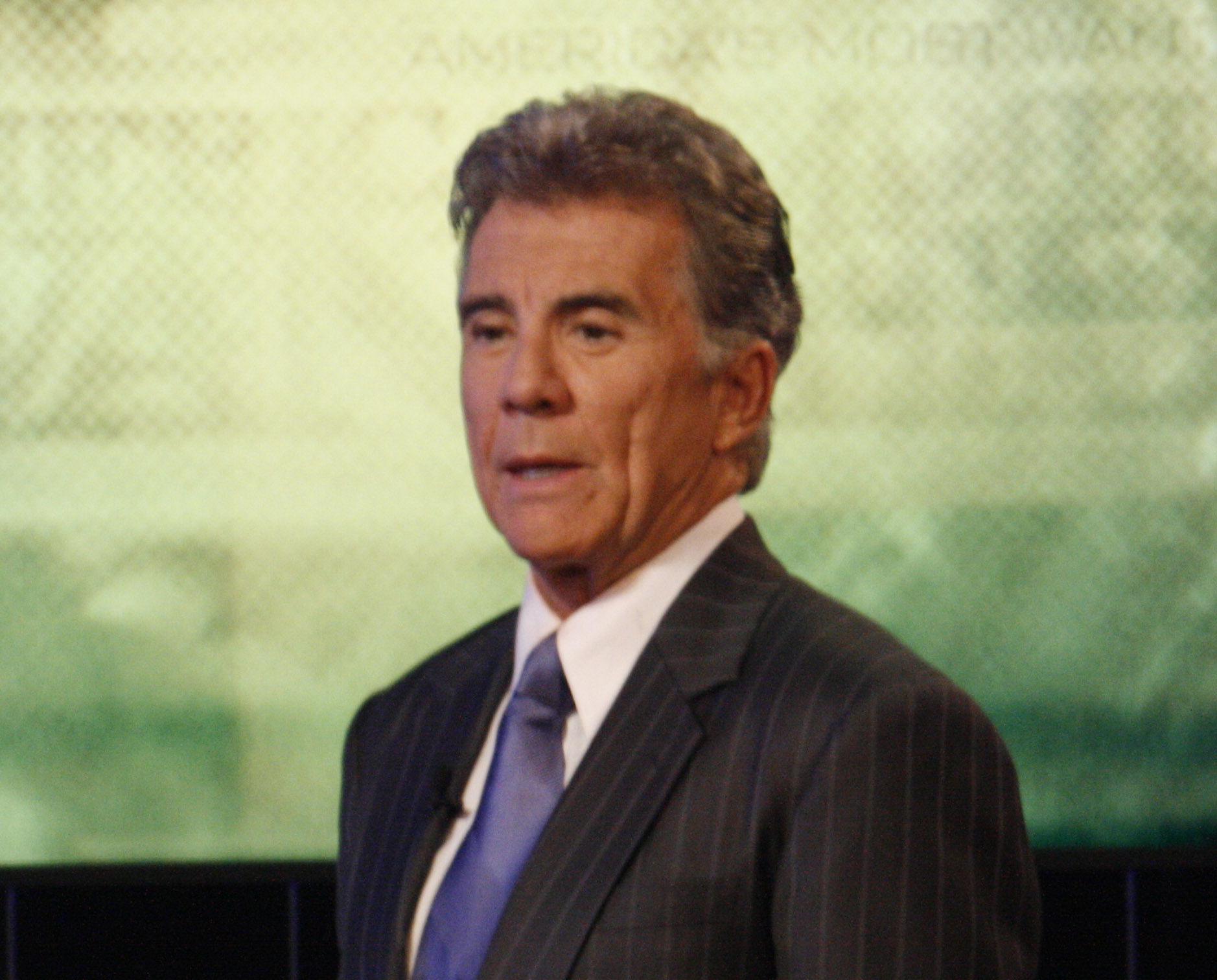 John E. Walsh (born , ) is the host of the TV show "". Walsh is known for his anti-crime activism, which includes ride-alongs with law enforcement and, at times, taunting and harassing criminals who were arrested as he watched, particularly those who target children, following the murder of his son, Adam, in 1981. He usually appears wearing a black leather coat, which has become part of his visual signature.

In the summer of 1981, Walsh was a partner in a management company in Hollywood, . He and his wife, Revé, had a six-year-old son, Adam. On , , Adam was abducted from a Sears department store at the Hollywood Mall, across from the Hollywood Police station. Revé had dropped Adam off in the Sears toy department while she looked for a lamp. When she returned, Adam was missing. Police records in Adam's case released in 1996 show that a 17-year-old security guard asked four boys to leave the department store. [America's Most Wanted, [http://www.amw.com/fugitives/case.cfm?id=39789 "The Story Of Adam Walsh"] . Retrieved , .] Adam is believed to have been one of them. Sixteen days after the abduction, his severed head was found in a drainage canal more than 100 miles away from home. His body was never recovered. The prime suspect in Adam's abduction and murder, , was never charged in the Adam Walsh case. He died in prison in while serving a life sentence for other s. In , however, deceased serial killer fell under suspicion for the murder of Adam. This speculation was discounted by Walsh in an "America's Most Wanted" statement on , . [America's Most Wanted, [http://www.amw.com/features/feature_story_detail.cfm?id=1421 "AMW Statement on Reports Of Possible Adam Walsh/Jeffrey Dahmer Connection"] , 2/6/2007. Retrieved February 14, 2007.]

Subsequently, they founded the Adam Walsh Child Resource Center, a non-profit organization dedicated to legislative reform. The centers, originally located in West Palm Beach, ; Columbia, ; Orange County, ; and Rochester, ; recently merged with the (NCMEC), where John Walsh serves on the .

Today, Walsh continues to testify before Congress and state legislatures on crime, missing children and victims' rights issues. His latest efforts include lobbying for a for victims' rights.

The (USPL|109|248) was signed into law by on , following a two-year journey through the and was intensely lobbied for by Walsh and the . Primarily, it focuses on a national sex offender registry, tough penalties for not registering as a sex offender following release into society, and access by citizens to state websites that track sex offenders.

Walsh has also been the host of the FOX television show "" since 1988. He was selected as host after the completion of the program's pilot and a lengthy search. By that time, Walsh was already well known because of the murder of his son and his subsequent actions to help missing and exploited children. Walsh was host of "The John Walsh Show", a daily daytime talk show which aired in syndication (mostly on stations, as NBC produced the series) from 2002 to 2004. [IMDB, [http://www.imdb.com/title/tt0358846/ "The John Walsh Show"] . Retrieved , .]

In , Walsh attempted to assist the family of missing teen . Walsh was critical of the n crime investigation and, along with television personality Dr. Phil, urged Americans to boycott Aruba. Walsh was a special guest on an episode of "" that aired on , . The episode visited the home of Colleen Nick, who is the parent of Morgan Nick (disappeared in 1995, still missing). Walsh has featured the Morgan Nick case on "America's Most Wanted" several times.

John and Revé Walsh were portrayed by actors and in "Adam", a 1983 dramatizing the days following Adam's disappearance. The real Walshes appeared at the end of the broadcast to publicize photographs of other children who had vanished but were still missing. And later, a sequel called "Adam: His Song Continues".

He also starred as the plot's enemy/monster (a scarecrow used as a servant with consquences) in an episode of the hit 1990's horror fiction TV Series-Are You Afraid Of The Dark? In 'The Tale Of The Silent Servant'.

After the murder of Adam, the Walshes had three more children: Meghan, Callahan, and Hayden. Revé filed for divorce on , . They later reconciled and the divorce proceeding was dismissed. John and Revé currently divide their time between homes in South Florida and upstate New York.

Meghan was born a year after Adam was murdered. Revé Walsh told local newspapers at the time that "there is no substitute for Adam." She also said "Meghan will make me miss Adam more. He always wanted a sister." Meghan is currently an and resides in .

Callahan was born in 1985, and is currently attending in , majoring in business. He has considered following in his father's footsteps in television broadcasting and as a political advocate for children.

Hayden (b. 1995) is the youngest child. He accompanies his father when filming TV shows, including "". On the , show of "", Larry King said that Hayden resembled Adam.

In , rapper of wrote a song for the show and dedicated it to Adam and John Walsh, encouraging abduction survivors not to keep their abductions a secret, as Bizzy Bone did after being abducted in the early .

In 2005, John Walsh appeared as himself in "Outsiders" #18 (January 2005), a comic book series published by . In the story, written by , Walsh aided the eponymous superhero team in going public on "" with information regarding a child slave trader, which eventually led to a solid lead gained from the tips that poured in.

For a few years in the early , due to his presence on the network, Walsh also appeared on their Saturday morning educational kids segments, "Totally For Kids". Walsh would appear with the segments' usual roster of child actors to help illustrate scenarios in which children could often be in danger, and the solutions they could seek. Subjects ranged from encounters with strangers to child abuse. Most installments Walsh appeared in culminated with reminder to dial 911 in an emergency, showing a kid dressed up in a phone costume.

A punk rock band from , named itself "John Walsh" in order to spread a positive message to teens. With lyrics such as "the speeding criminal is the coward," and "Don't spend the years being hurt / Don't spend your life loving jerks," they tackle themes from domestic violence to drunk driving.

In , , John Walsh was awarded the 2008 Lifetime Achievement Award. [Rick Larsen. “On Saving Children.” “A Voice for Children.” http://operationkids.wordpress.com/2008/04/08/on-saving-children/. Accessed 2008-10-06.] for his dedication to protecting children and to raise funds for the , which Walsh co-founded with his wife. [National Center for Missing and Exploited Children. "Board of Directors." URL: http://www.missingkids.com/missingkids/servlet/PageServlet?LanguageCountry=en_US&PageId=1438. Accessed: 2008-10-06.]