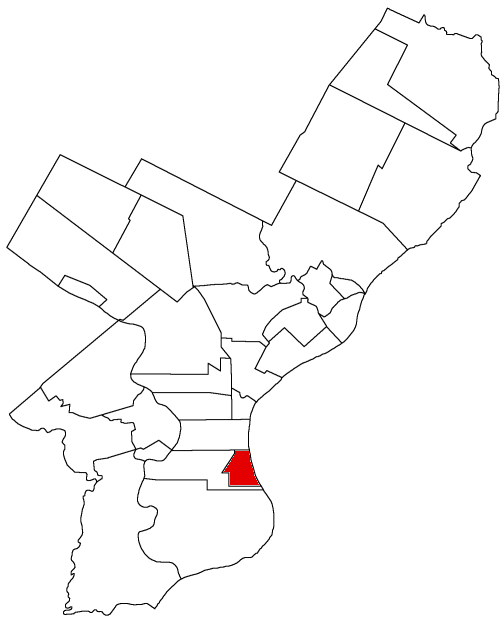 Southwark was originally the Southwark District, a municipality in , and is today primarily a neighborhood in the section of , .

Southwark is one of the oldest settlements in the County of Philadelphia and was its oldest district. Thanks to the populations of the Swedish settlements of and , Southwark grew earlier than other parts of the county apart from the city of Philadelphia. The General Assembly created the district of Southwark on , , to facilitate cooperation with regards to street-building. In 1854, when it was incorporated into the city of Philadelphia by the Act of Consolidation, the borough comprised the area bounded on the north by South Street, on the west by Passyunk Avenue from 5th and South to 10th and Reed; the boundary then ran along Reed Street, down 7th, and along Mifflin Street to the river.

The historic district, as defined by the National Register of Historic Places [http://www.phila.gov/philacode/html/_DATA/TITLE14/CHAPTER_14_2000_SPECIAL_CONTRO/14_2008_Southwark_National_His.html] , is bounded by 5th Street on the west, Lombard Street on the north, Washington Avenue on the south, and Front, Catherine, and Queen Streets and Columbus Boulevard (formerly Delaware Avenue) on the east.

Because of its location south of Philadelphia, the name was adopted in allusion to the borough of in the county of , just south of the city of .

In the recent past, Southwark was noted as a very poor and dangerous neighborhood. Because of this, better neighborhoods enveloped it by slowly expanding their boundaries, until today there remain only a few traces of this neighborhood's name. These include Southwark restaurant at 4th and Bainbridge, Southwark Paints further south on 4th, Southwark Development Corp., a public-housing project along Washington Avenue from 3rd to 5th, and even "Southwark" painted on a wall as far away as 23rd and Washington.