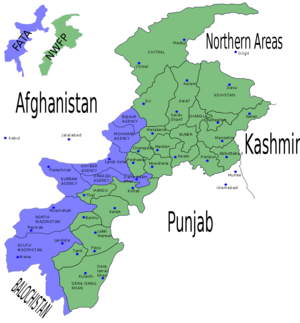 There are also two important dirt tracks leading into Tirah up to Mustak, and Bazaar Zakha Khel up to Alwai. These are planned to be paved and constructed up to the end of Tirah to the border of Kurram Agency.

As with many passes, the start and finish are ill-defined. Many definitions state that the starts from near Jamrud, Pakistan (FORMATNUM:491 m - FORMATNUM:1611 ft), 15 km west of and ends west of , Afghanistan, a winding road of 48 km. The summit is at at coord|34|5|35|N|71|8|45|E|display=inline,title The immediate terrain in the area of the is mostly rugged, barren, and arid. The hills today are completely denuded due to the arid climate and deforestation. The poet Hafeez Jalandhri says "neither the grass hither nor the flowers bloom. But even the skies bow down to kiss this highland plume." And James W. Spain observed, "history hangs heavy on the Khyber and has left its mark upon its sombre stone. Ground into dust of the Pass is Persian gold, Greek iron, Tartar leather, Moghul gems, and Afghan silver and British steel. All have watered it with their blood." Interspersed among these dry and parched hills are narrow and shallow ravine and valleys inhabited by the local population, some living there from time immemorial and most subject to seasonal migrations to the more temperate plains in the unforgiving winter. These valleys are irrigated by scant, intermittent rains and snowfall, and cultivated for food and fodder.

On the northwest of the Khyber lies the larger and more fertile , the original home of all the Afridi tribes. Cut off from the rest of the civilized world by any road, railway or air link, and without any vestige of modern civilization, it is a sort of no man's land ruled (or misruled) by the indigenous people themselves under the age-less law called Pakhtoonwali (the Pakhtoon code of conduct), effected by it or a system, involving the tribal elders as the judges as well as executioners of their rulings.

This vast, and at places extensively cultivated area, bounded by pockets of alpine forests, utterly lacks any internal communication system either. At best it is criss-crossed by mule tracks, and pack animals are used for the transport of goods from place to place, and long and tedious journeys are trusted to the power and perseverance of human feet and their supporting muscles. The indigenous people lead the most primitive life under pathetic poverty, inhuman ignorance and biblical simplicity. They live in strong and well-fortified mud-houses, built at respectable distances from each other, with high towers to defend themselves not only from the vagaries of nature and ferocity of wild life, but also the treachery of the 'tarboor' (cousin). The whole tribal set up suffers from a centuries-old tradition of internecine feuds, in which the cousin is usually the worst enemy. An oft-quoted proverb says: "Even if your cousin is your right hand, chop it off."

The valley has thick alpine forestation on the higher reaches and fertile plains in the laps of hills irrigated by natural springs or seasonal floods or the Bara River, which is a perennial source of irrigation in its delta. With the passage of time, the pressure of population gradually increases there and together with the economic significance of timber trade, they pose a serious threat to the remaining, meagre forestation there. However, due to sheer physical hardships, the valley is still thinly populated, also necessitating seasonal migrations to the warmer and more fertile Peshawar plains. Back at home also they depend for supply of articles of daily necessity mainly on Peshawar, which they carry on their mules, all the way through the rugged hills. Their economy depends upon agriculture, timber trade, livestock and dry fruit. They grow their own food and vegetables but for tea, sugar and cloth etc., they depend on external supply. The people of the valley have also recently taken to transport and business in both Pakistan and Afghanistan.

The country of the Afridis west and south of lies between north latitude, 33° 32' and 34° 51' and between east longitude, 70° 37' and 77° 56'. It is contained in the fork formed by the (white mountain) range at Mithughar Peak in longitude 70° 37'. The north prong of this fork runs eastward for nearly 60 miles (100 km) and falls into the Peshawar valley around Jamrud and Khajuri areas, having thrown out the spurs that contain and divide the Bazaar, Khyber, and Shalman valleys and runs south, then east forming the water parting between Peshawar and Kohat valley and connecting the Kohat Pass with Adam Khel territory, which runs down through Khattak tribe country to the opposite Attock. Its boundaries are more precisely defined as follows:

A line starting from the Mithughar peak of the , and running due east to the Laka Sar Peak (Tatara) of the Khyber following the crest of the main range, and passing through the following points, viz. Thabai Pass, Bazaar Pass and the village of Lalabeg, where the line crosses the Khyber. From Lakasar, the boundary follows the watershed between the Khyber and the valleys which drain into the Kabul River, running over the Sapuri Kandao the Mautanai Shahid and Badpukht Hills down to near Ghundai on the western frontier of the district. From there the boundary with Afghan territory begins. From near Ghundai southward to Jamrud and Bara Forts the boundary continues to the Kohat Pass, where it again turns eastward and follows the northern foot of the Khattak range of hills as far as the police post of Shamshatu. From Shamshatu, the boundary again turns south and crosses the Khattak range over the Jalala Sar Pa crosses the Musadara Valley at Takhtakai and then over the Hindki Sar peak and onward to the Kohat-Khushalgarh road close to Gumbat.

Starting from the same point on the Mitughar, the southern and western boundary runs first due south, along the crest of the ridge bounding Tirah on the west via the Torghar Kharaghar, Kahughar peaks, to the Ublan Pass. At the latter point it turns eastward, and still skirting Tirah, follows the crest of the ridge separating Tirah and Waran from the Orakzai valley. Crossing the lower end of the Waran valley the boundary ascends to the Uchpal Pass, where it follows the ridge separating the two branches of the Bara up to the junction of the latter whence it runs via the Ranja Ghar to the Kohat Kotal, about 4 miles north of Kohat. Again turning eastward it follows the general line of the Kohat-Khushalgarh road to the above-mentioned point near Gumbat. The territory of the Afridis thus consists of some 3,200 square miles (80 miles length and 40 miles breadth) of elevated hilly country, sloping eastward and drained by the Bara, Bazaar, and Dara and Khyber rivers into the Peshawar Valley. The valleys lying around the sources of both branches of the Bara River and the source of Khanki, flowing into the Kohat district, and the source of Kharmana, flowing into Kurum, are included in the general name of Tirah, a tract composing an area of from 800 to 1000 square miles, with an elevation of 5000 to 7000 feet above sea level. Tirah includes the Bara valley above Tora Waila, the south Bara valley above Hisar, the Khanki valley above Sadarai and the Kharmana valley above Khazina. It is the summer resort of the greater portion of both the Afridis and Orakzai and it contains the following well-known places:

Summer seats of the Afridis are at Maidan and Raj Gal. Maidan is a circular valley or basin, some 10 miles in diameter. It is rounded by wooded mountains rising to 8,000 feet and 9,000 feet. The southwestern side of the Maidan valley is parted from the Kharmana by the Karagh or Kahu Ghar spur of the . A pass over this spur (the Lozaka Pass) leads with a foot road into the Kurram valley. The pine forests of Maidan cease where the slope from the mountains subside as they converge to the centre; there is a perennial spring at Bagh and a garden and a mosque used for the meetings of the Jirga in the very middle of the valley. The central portion is drained by three or four large watercourses which unite at the Malikdin Khel settlements and, under the name of the Shalobar Toi, flow for 3 miles through the Kharapa Tangi, a narrow, rocky gorge commanded by heights rising to 10 feet on either side, and then for 2 or 3 miles through open country until joined by the Rajgal stream at Dwa Toi, after which the water is known as the Bara river.Of the above-mentioned effluent, the Sherdara from the coast runs through the Zakha Khel country. The Manaka Dara and Kashu Dara from the south water the lands of the Qambar Khel and of a few Kala Khel families, whilst the Malikdin Khel are located on the Shalobar. During the greater part of the year water is plentiful in Maidan; but like all other streams in these hills, it is apt to disappear and not come to the surface until reaching lower elevations.

The banks of the streams are said to be honeycombed with cave dwellings. There are numerous stone towers, but no large or walled villages. The houses are three storied with a lapelled parapet. On the ground floor are cattle, on the top the dwelling place, and the center is barren. Rajgal is drained by a stream rising near the Mitu Pass, which receives water from tributaries in Rajgal. The length of the valley is 10 miles and the widest breadth of the open country is from 4 to 5 miles; the elevation at that point being probably over 5,000 feet. This level area is cultivated, with the chief crops being wheat and barley. In the north of the valley stands the main northern and western mountains, falling to 9,000 at their eastern end.

The above outlines the boundary between the Afridis and the Sangukhel and Mirjan Khel Shinwaris. On the south, Rajgal is separated from Maidan by a steep, rocky, but well-wooded spur, some 8,000 to 9,000 feet high, called Michni.

Two rivers flow in the heart of Khyber Agency: one is Bara and the other is Chora. The river Kabul flows between the area of Shalmanis and Mullagoris and separates the Khyber Agency from Mohmand Agency.

The united drainage of the Raj gal and Maidan valleys becomes the Bara River in Dwa Toi in central Tirah. The Bara valley attains an elevation of 5,000 feet at Dwa Toi, which sinks to 2,000 feet at Khajorai. The Surghar range, the elevation of which is from 6,000 to 7,000 feet, separates the Bara from the Bazaar or Chora valley whilst the Torghar, an equally lofty range, separates it on the south from the Aka Khel and Orakzai country joined by the Khyber stream. The Bara River eventually falls into the Kabul opposite Nisatta, after passing within 2 miles of Peshawar.

The Chora River flows with an easterly and northeasterly course north of the Surghar range eventually debauching on the Peshawar plain and joining the Khyber stream south of Mathra Thana.The Bazaar valley is scantily supplied with water except at Cheena, where there is said to be an abundance of water all the year round. The other Bazaar villages depend chiefly on rainwater caught in ponds and fallows.