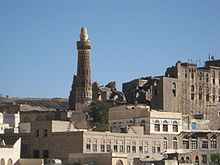 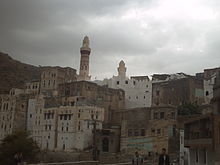 Arwa was born in 440 Hijri , 1048 in Haraz, which was the heartland of Isma’ilism in Yemen. She was the niece of the then ruler of Yemen, Ali al-Sulayhi. Orphaned at a young age, she was brought up in the palace at Sana'a under the tutorship of her aunt, the formidable Queen Asma binte Shihaab al-Sulayhiyya, her mother in Law , ), co-ruler with, and wife of, Sayyidna Ali bin Muhammad bin Ali bin Muhammad As-Sulayhi. In 1066, at the age of 17, Arwa married her cousin Ahmad al-Mukarram al-Sulayhi bin Ali bin Muhammad As Sulaihi, with the city of Aden as her mehr, and Queen Asma binte Shahaab became her mother-in-law. Arwa assisted her mother-in-law and her husband after death of Sayyidna Ali al-Sulayhi. She had four children, their names being Mohammed, Ali, Fatema and Umm Hamdan.

Arwa is said by the chroniclers of her time to be brave, devout and have an independent character. She was also seen as highly intelligent and well learned, having a great memory for poems, stories and historical events. She was very knowledgeable in the sciences of the Qur'an and the hadith. The chroniclers also mention her as being extremely beautiful.

Following the death of Sayyidna Ali al-Sulayhi in 1067, Sayyada Arwa's husband Ahmad became the de jure ruler of Yemen, but he was unable to rule being paralyzed and bedridden. He gave all of his power to Arwa, and she had her name mentioned in the khutba directly after the name of the Fatamid Caliph, al-Mustansir, signifying her authority to rule. One of her first actions was to move the capital from Sana'a to Jibla in order to be in a better position to destroy Sa'id ibn Najar and thus avenge her father-in-law's death. This she managed to do by luring him into a trap in 1088. She built a new palace at Jibla, and transformed the old palace into a great mosque where she was eventually buried.

After the death of Ahmad AlMukarram , Sayyada Arwa was encouraged by Imaam Al-Mustansir billah to marry her late husband's cousin, Saba ibn Ahmad. This she did reluctantly in 1091 in order to remain in power, but she probably did not allow the marriage to be consummated. She continued to rule Yemen until Saba died in 1101. From that time on she ruled alone.

Arwa was given the highest rank in the Yemen da'wa, that of hujja, by Imaam Al-Mustansir billah in 1084. This was the first time that a woman had ever been given such a status in the whole history of Isma'ilism. Under her rule, Shi'a da'is were sent to western India. Owing to her patronage of missions, an Isma'ili community was established in Gujarat in the second half of the 11th century, which still survives there today as Taiyabi Sulaimaanis and Dawoodi Bohra.

In the 1094 Ismaili schism, Arwa supported al-Musta'li to be the rightful successor to al-Mustansir. Due to the high opinion in which Arwa was held in Yemen and western India these two areas followed her in regarding Imaam al-Musta'li as the new Fatimid Caliph.

In 1119, Najib ad-Dawla, an envoy of the Fatimid Caliph Imaam al-Amir bi Ihkaamillah, the son of Imaam Al-Musta'li, was sent to Yemen to assume control of Sayyada Arwa's realm. Sayyada Arwa, however, had the support of both the Imaam amirs and the people, and she forced Najib to withdraw. This caused the relations between Arwa and the Caliph in Cairo to become estranged.(This is wrong History ) This manifested itself when, on the assassination of al-Amir in 1130, she supported the candidacy of his infant Imaam son, at-Tayyib Abi l-Qasim, as opposed to al-Amir's cousin, al-Hafiz, who was recognized as the heir to the Caliphate in Egypt and Syria. Through her support of at-Tayyib she became head of a new grouping in Isma'ili Islam, which became known as the Taiyyabi. Her enemies in Yemen in turn gave their backing to al-Hafiz but they were unable to remove Sayyada Arwa from power. The Taiyyabi believe that Imaam al-Amir sent a letter to Arwa, commissioning her to appoint a vicegerent for his infant son Imaam Taiyyab . In accordance with this wish, she appointed Zoeb bin Musa as Da'i al-Mutlaq, the vicegerent of the secluded Imam at-Tayyib. The line of succession continues down to today, 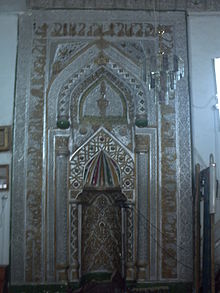 Hafizi Isma‘ilism, the following of al-Hafiz, intimately tied to the Fatimid regime in Cairo, disappeared soon after the collapse of the Fatimid dynasty in 1171 and the Ayyubid invasion of southern Arabia in 1173. But the Taiyabi da'wa, initiated by Arwa, survived in Yemen with its headquarters remaining in Haraz. Due to the close ties between Sulayhid Yemen and Gujarat, the Fatimid and Tayyibi cause was also upheld in western India, which was gradually became home to largest population of Fatimid Taiyabi Isma'ili believers, known there as Sulaimaanis and Dawoodi Bohra.

In Sana'a, Arwa had the grand mosque expanded, and the road from the city to Samarra improved. In Jibla, she had a new palace and the eponymous mosque constructed. She is also known to have built numerous schools throughout her realm.

Arwa improved the economy, taking an interest in supporting agriculture. 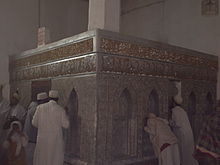 Arwa remained in power until her death in 1138. She was buried beside the mosque that she had had built at Jibla. Her tomb later became a place of pilgrimage. The Queen Arwa University in Sana'a is named after her. 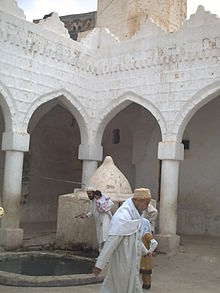 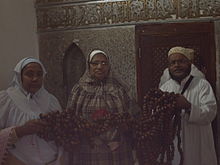