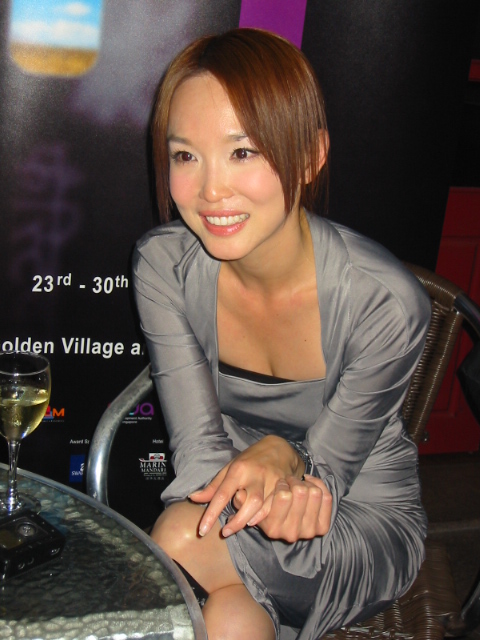 At Singapore's 1995, Fann became the first actress to win both the Best Actress and Best Newcomer awards in the same year. After gaining regional exposure and popularity in through and productions, she became the first Singaporean actress to break into , playing Chon Lin in the 2003 film "". She was also the youngest actress to have earned an All-Time Favourite Award at the Star Awards. In late 2002, Fann became romantically attached to Malaysian actor Christopher Lee, with whom she has collaborated eight times.

Born in Singapore to middle-class parents, Fann shared her childhood with three siblings - an older sister, as well as a younger brother and sister. She was educated at , where she took her examinations in 1987.

At the age of sixteen, she won a beauty contest organised by "", a Singapore fashion magazine. She started a successful modelling career in Singapore, and spent the next two years modelling part-time while taking her GCE 'A' Level examinations at a private school. She afterward earned a diploma in fashion merchandising from .

Fann moved to Taiwan in 1993. One of her earliest successes was in an (now Oil of Olay) commercial aired in Taiwan and Singapore. The following year, a Singaporean television producer discovered her and cast her in "Dreams Come True", a Singapore drama series. Fann soon starred in two more Singapore television series, "The Challenger" and "Chronicle of Life".

After a year in the Singapore television industry, her role in "Chronicle of Life" won her Best Actress and Best Newcomer awards at Singapore's 1995 .

In late 1996, Fann released in Singapore her first Mandarin pop album "", which contained a duet with Taiwanese singer .

In mid-1998, the release of Fann's hit drama "Return of the Condor Heroes" along with her second album, "Shopping", further increased her exposure in Taiwan and China.

During the next few years, Fann focused on her acting career. She played a two-timing television reporter in the omnibus Hong Kong film "",

In 2002, Fann became the first Singaporean actress to score a major role in a Hollywood production as Chon Lin in "". When the film was released in early 2003, Stephen Hunter of the "" stated:

Fann is an enchanting new film presence. Clearly modelled after of "", she combines a dancer's grace with a fighter's speed, and looks great standing still or whirling.

""'s David Hunter noted that Fann was "more than equal to playing the strong woman fighter who's also pretty darn cute", while John Keenan of the "" stated that "Fann's stunt work is actually more memorable than 's here". In , the "" stated that she "seems set to displace as 's Asian babe du jour". She was subsequently nominated under the Best Fight category in ,