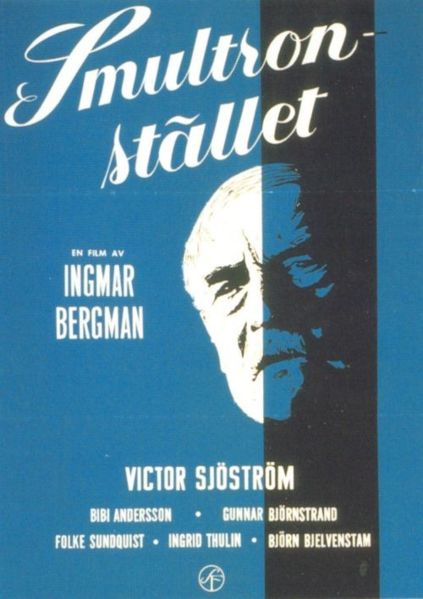 "Wild Strawberries" is a written and directed by , about an old man recalling his past. The original Swedish title is "Smultronstället", which literally means "the wild strawberry patch". The cast includes Bergman regulars , and . also appears in a small role. Bergman wrote the screenplay while in hospital.

Isak Borg () is an elderly and who drives with his daughter-in-law Marianne () from to to receive an from . During the trip, he is forced by s, s, his , and his impending to re-evaluate his life. He meets a variety of people on the road, from Sara, a female hitcher travelling with her fiance and escort, to a quarrelling married couple who remind Isak of his own life and marriage.

The film won the Golden Bear for Best Film at the . It was also nominated for an .

The film is included on the Best Films List, recommended for its portrayal of a man's "interior journey from pangs of regret and anxiety to a refreshing sense of peace and reconciliation". [U.S. Catholic Bishops - Office of Film and Broadcasting, [http://www.usccb.org/fb/vaticanfilms.htm Vatican Best Films List] ]

The film was the inspiration for , written and directed by , in which a man (Allen) goes on a road trip to his former university to receive an honorary degree and on the way meets an assortment of characters and re-evaluates his life.