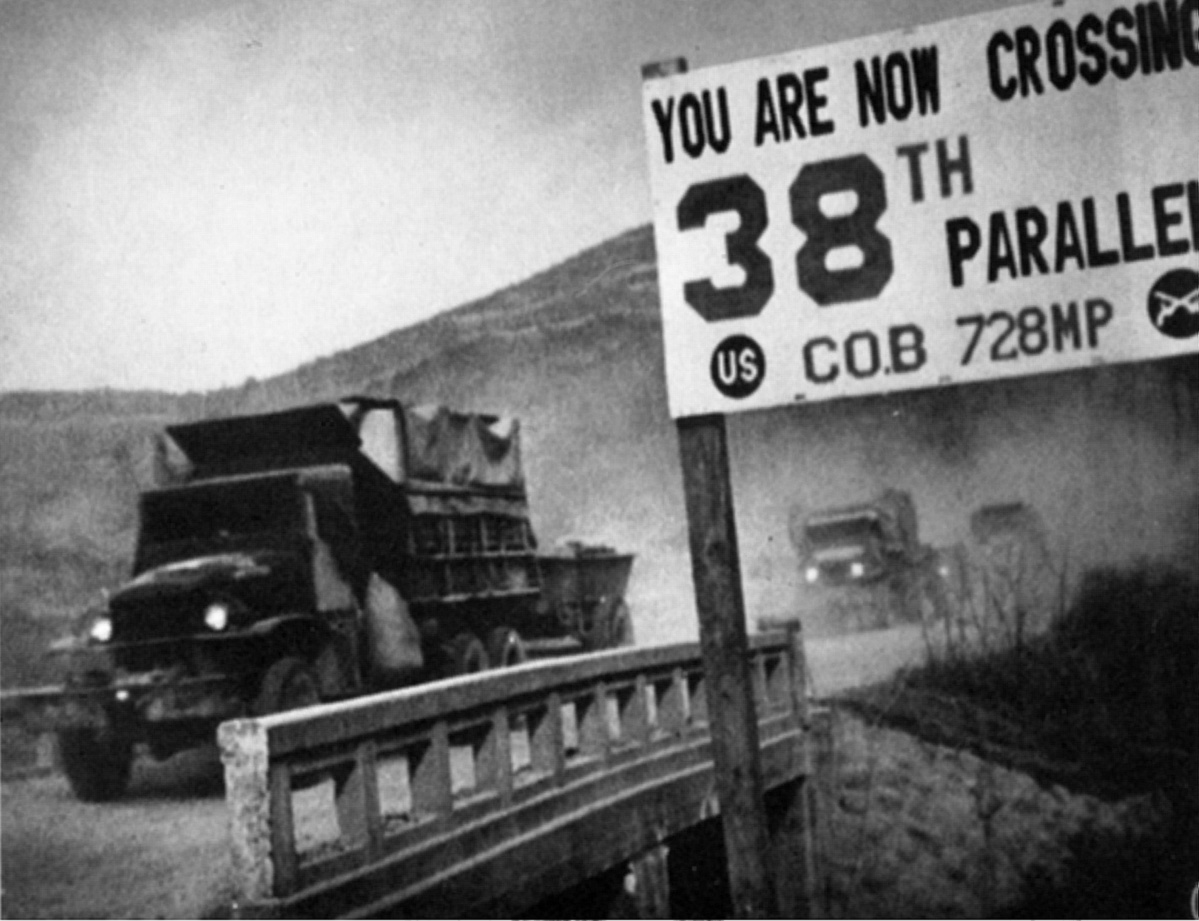 Starting at the heading eastwards, the parallel 38° north passes through:

The 38th parallel was first suggested as a dividing line for Korea in 1902. Russia was attempting to pull Korea under its control, while Japan had just secured recognition of its rights in Korea from the British. In an attempt to prevent any conflict, Japan proposed to Russia that the two sides split Korea into separate along the 38th parallel. However, no formal agreement was ever reached, and Japan later took full control of Korea.

After the in 1945, the parallel was established as the boundary by and of the US State-War Navy Coordinating Committee in Washington, during the night 10-11 August 1945 4 days before the complete liberation of Korea. The parallel divided the peninsula roughly in the middle. In 1948, the dividing line became the boundary between the newly independent countries of North and . At the end of the (1950-1953), a new border was established through the middle of the Demilitarized Zone, which cuts across the 38th parallel at an , from southwest to northeast. The 38th Parallel was also the place where the cease-fire was called to end the fighting.