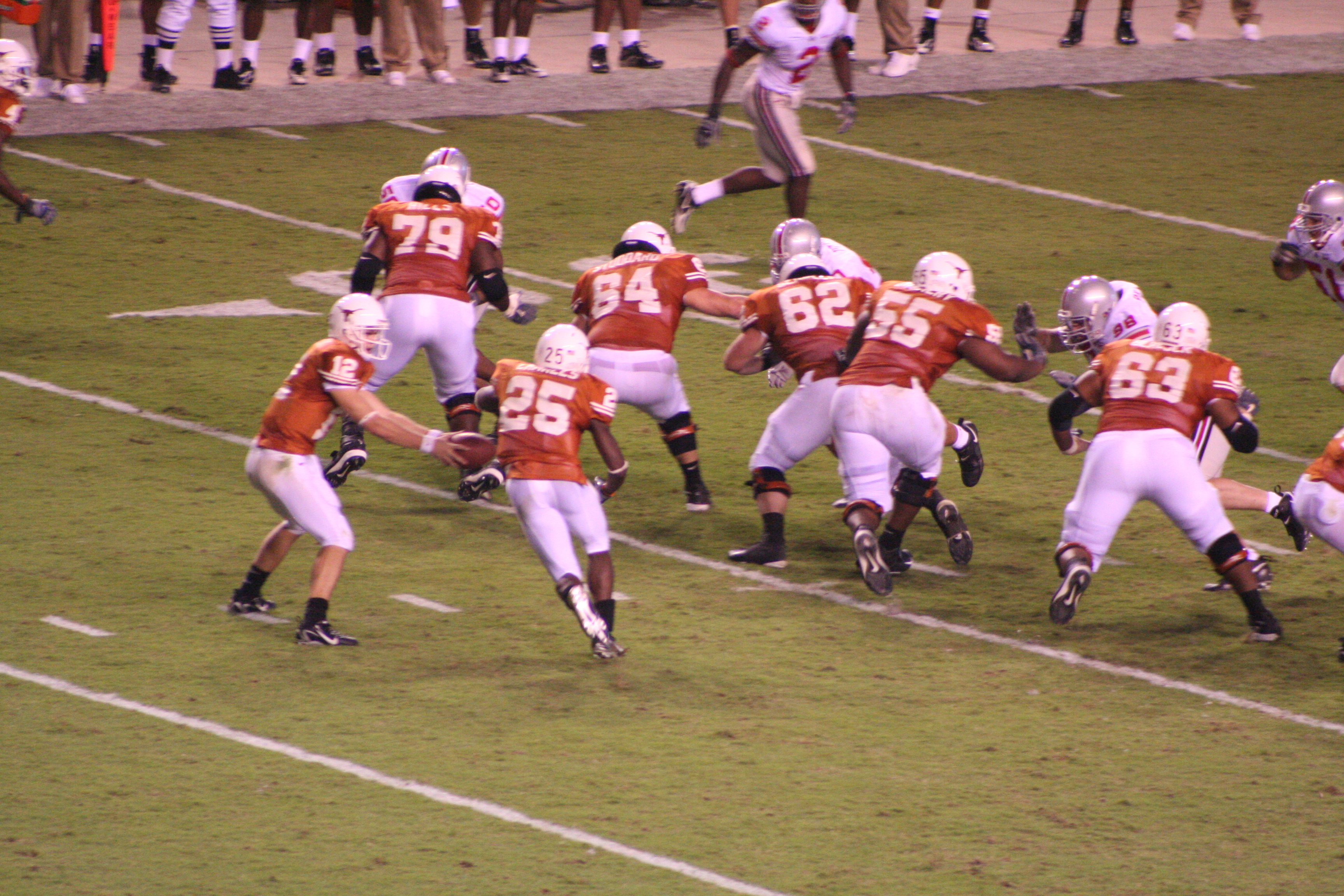 Jamaal RaShaad Charles (born , in city-state|Port Arthur|Texas) is an for the of the . He was drafted by the Chiefs in the third round of the . He played at Texas.

Charles followed up his stellar junior season by rushing for 2,056 yards and 25 touchdowns his senior year. The Associated Press named him to their first team all-state squad and he was declared the "" area offensive MVP. Charles was also named to the 2005 "Parade" All-America Football Team

In July 2003, the summer between his sophomore and junior years, Charles won the bronze medal in the 400m hurdles at the World Youth Championships

On , , Charles placed fourth in the NCAA 60-meter indoor track and field championship finals. On , Charles captured his first conference title and the third Big 12 100-meter title for Texas by winning the event in 10.23 at the Big 12 outdoor meet. He led the 200 meter race after the preliminary round but elected not to participate in the final, as Texas had the Big 12 team title well in hand. On June 10th, at the NCAA outdoor competition, Charles took a fifth in the 100 meter finals, edging out UTEP's stand-out sprinter Churandy Martina (sixth place), who earlier in the year ran a 9.76 (wind-aided) 100-meters, which is just shy of the current 100-meter world record time (9.69). Charles also placed seventh in the 200 meter finals, and ran the third leg of the 4 x 100 Texas Longhorn relay team, earning a fifth place in the finals. Charles' efforts helped the Longhorns earn a third place showing for the men's track and field team, the highest since a second place finish at the 1997 NCAA finals. Thus, Charles completed his first collegiate track season as a four-time All-American (60m indoor, 100m outdoor, 200m outdoor, 4x100m relay outdoor).

In his season during with the , Charles rushed 119 times for 878 yards and 11 touchdowns, averaging 7.4 yards per carry.

After a disappointing performance with the where Charles did not reach 1,000 yards rushing mark, Charles opted not to participate in track so he could focus on getting bigger for football.

In the summer prior to the 2007 football season some observers believed he was the fastest college running back in the up-coming 2007-2008 season. CBS SportsLine said, "Track star Jamaal Charles has the potential at running back to enjoy a break-out season and possesses the kind of breakaway speed that lead to an 80-yard rush and a 70-yard catch last season." [cite book | title=College Football – 2007 Season Preview | publisher=CBS SportsLine.com | year=2007 | pages=58] Athlon Sports remarked, "Over the last two years, running back Jamaal Charles has run for 1,702 yards at 6.2 yards per carry with 18 touchtowns despite starting only four games. He has the job to himself and should have a breakout year." [cite book | title=2007 Preview – Big12 edition | publisher=Athlon Sports | year=2007 | pages=42]

With the , Charles rushed for over 1,400 yards, with an average of more than six yards per carry. Early in the season, and Greg Davis hinted that Jamaal Charles could face less playing time as a result of his fumbling problems.

On October 28, 2007, Charles rushed for 290 yards, the most ever against the and the fourth-highest total in Texas Longhorns history. His 216 yards in the fourth quarter were just six shy of the NCAA record for a single quarter set by the University of Washington Huskies's in 1996. For these accomplishments, Charles won a fan vote for AT&T All-America Player of the Week. [cite news|url=http://www.statesman.com/blogs/content/shared-gen/blogs/austin/longhorns/entries/2007/11/01/charles_wins_fa.html|title=Charles wins fan vote for player of the week|publisher="Austin American Statesman"|accessdate=2007-11-02|date=2007-11-01]

Charles decided to forgoe his senior season with Texas in favor of joining the as a professional football player in the . This decision came after earlier statements that he would stay with Texas. In November Jamaal Charles said he would return for his senior season rather than enter professional football in the . [cite news | url=http://blogs.chron.com/longhorns/2007/11/charles_im_coming_back_next_se.html | title=Charles: 'I'm coming back next season' | author=Duarte, Joseph | work=Chron.com | publisher=Hearst Corporation | date= | accessdate=2007-12-29] Sources reported in December 2007 that Charles and fellow Longhorn had filed paperwork with the to evaluate how high they might be drafted if they decided enter professional football in the NFL Draft instead of returning for their senior season. Mack Brown did not comment about specific players but said, "We always try to help our guys get as much information as possible when it comes to the NFL. We encourage and help them go through the process... All of our underclassmen have told us they will be coming back, but if you're playing well enough to be considered an NFL prospect, going through the process can only help you better understand it and realize what you need to work on to improve your status."

Despite skipping his senior year, Charles ranks fourth in the list of total-rushing yards by a UT player, behind , , and , with 3,328 yards. Williams and Campbell each won the in their senior season. With Charles' departure, becomes the leading returning rusher for the Longhorns.

The Kansas City Chiefs selected Charles in the third round of the 2008 NFL Draft with the 73rd pick.The back thought he would go early in the second round but said he had no regrets about leaving college early. [cite news | url=http://blogs.chron.com/longhorns/2008/04/charles_im_not_mad_at_decision_1.html | title=Charles: 'I'm not mad at decision' to leave early | author=Duarte, Joseph | work=Chron.com | publisher=Houston Chronicle | date= | accessdate=2008-04-27] Charles was expected to begin his career as the Chiefs' No. 3 back behind and . [ [http://www.kansascity.com/sports/chiefs/story/594877.html Chiefs choose Charles to put a charge in running game] ]

In Charles first professional football game, he rushed for 28 yards on 5 carries against the . He also recorded two catches for six yards.