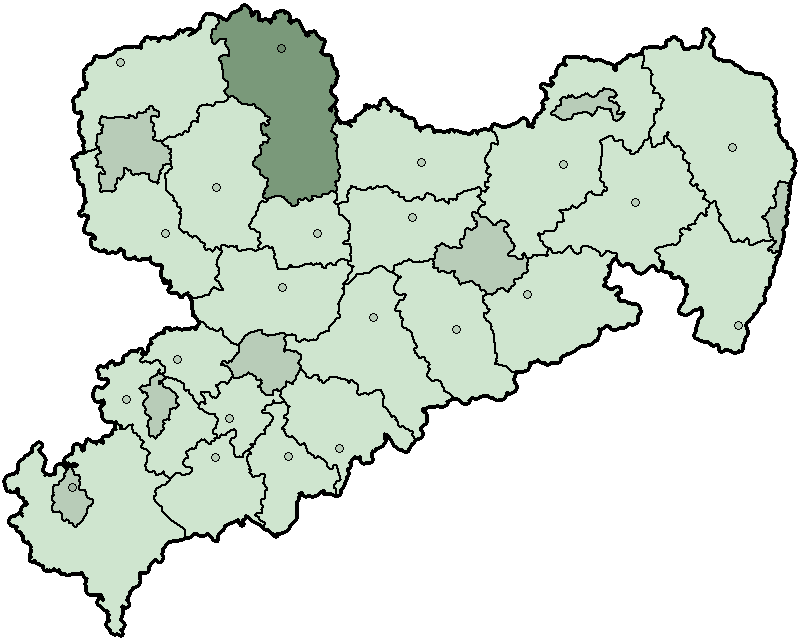 Torgau-Oschatz is a former district ("Kreis") in the , . It was bounded by (from the north and clockwise) the district Wittenberg in , the district in , and the districts , Döbeln, and Delitzsch.

The district was created in by merging the two previous districts Oschatz and Torgau, and 6 municipalities from the former district Eilenburg. In August 2008, as a part of the district reform in Saxony, the districts of Delitzsch and Torgau-Oschatz were merged into the new district .

The main river in the district is the , which s through s. The landscape is dominated by three heath areas, the "Dahlener Heide" (150 km²) in the south, the "Dübener Heide" (110 km²) in the northwest, and partially the "Annaburger Heide" in the east.