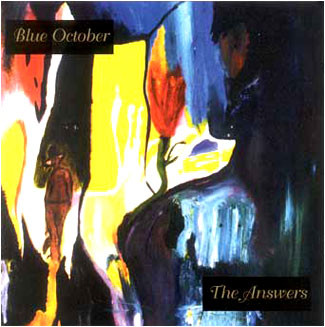 "The Answers" is the debut by . It was recorded in December 1997 at Sound Arts Studio in and released in the in 1998 by RoDan Entertainment/Scoop. It is Blue October's only album featuring founding member and bassist Liz Mullally, who also played piano on the album.

For several years the band was not allowed to sell the album on their website or at their concerts because of their contract with . The album was only available via mail order directly from RoDan until an agreement was reached in 2005.

This album has recently gone on sale on the .