Establishment of the Turkish national movement

Establishment of the Turkish national movement

The movement was created through a series of agreements and conferences throughout and . The process was aimed to unite independent movements around the country to build a common voice. The whole process is attributed to (Atatürk), as he was the primary spokesperson and public figure.

The Amasya Agreement was important in many respects. It was the first call to the national movement against the occupying powers. It consisted of talks about national independence, based on provinces, not race. Even in this declaration we saw the roots of what constitutes the "Turk" as a political term, there was no distinction or reference to race or religion.The message read as follows:

* The unity of the motherland and national independence are in danger.
* The Istanbul government is unable to carry out its responsibilities.
* It is only through the nation's effort and determination that national independence will be won.
* It is necessary to establish a national committee, free from all external influences and control, that will review the national situation and make known to the world the peoples desires for justice.
* It has been decided to hold immediately a National Congress in Sivas, the most secure place in Anatolia.
* Three representatives from each province should be sent immediately to the Sivas Congress.
* To be prepared for every eventuality, this subject should be kept a national secret.
* There will be a congress for the Eastern Provinces on July 10. The delegation from the Erzurum Congress will depart to join to the general meeting in Sivas.This agreement was signed by Mustafa Kemal, Rauf Orbay, Ali Fuat Cebesoy, Refet Bele and later in Erzurum.

On American Mandate: On 1 August 1919, the King-Crane Commission tried to contact a large groups of interested parties in Istanbul (Ottoman Control), to obtain their positions with a view toward reporting them to the Paris Peace Conference. learned that a memorandum was adopted by an amalgamation of political groups in Istanbul and consequently, the Erzurum Congress, which has been in session since 23 July (until 7 August 1919) sent a memorandum to President Wilson on the same day (1 August). It was probably also meant to remind all other parties of Wilson's 14 Points and the fact that the Nationalists were aware of them. Among the objectives of the Nationalists was, it appears, to signal the resolve of the Nationalists to the interested parties, and display their intent not to tolerate indiscriminate political pressure. What began as a suggestion to the Nationalists to accept the American Mandate at the time of the Erzurum Congress, became a major campaign immediately afterwards. By the time Sivas Congress was convened, no less than three channels were working on the Nationalist leadership to persuade them at least to "consider" the American Mandate, if not outright adopt a resolution in favor of it at the Sivas Congress. 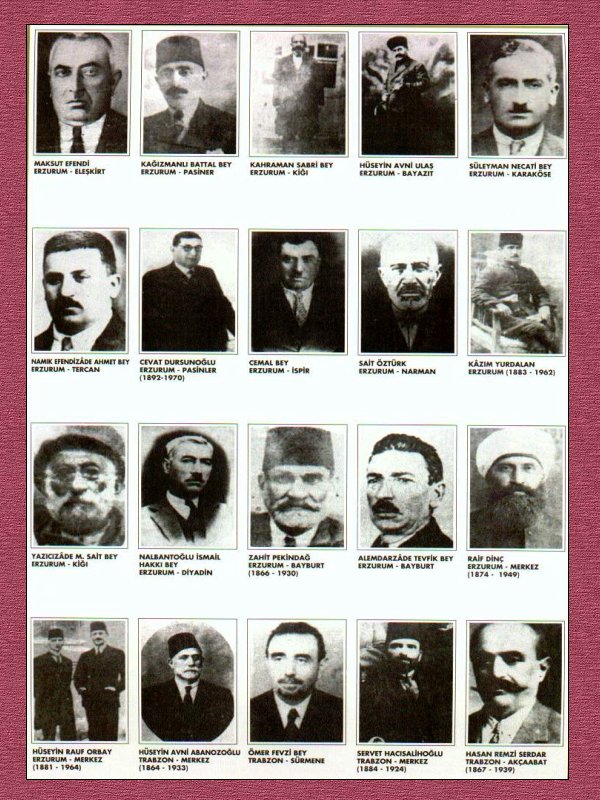 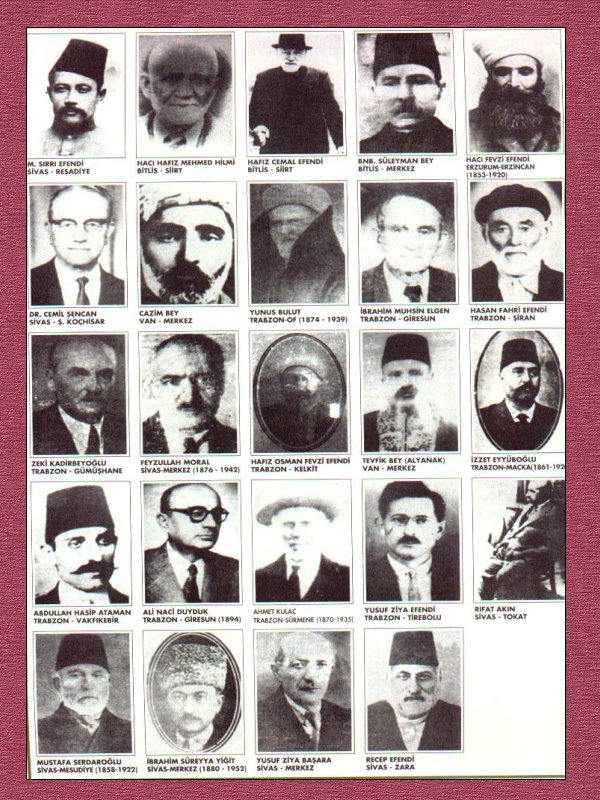 The Sivas Congress was the first time the fourteen leaders of the movement united under a single roof. These people spend and formed a plan between 16 to 29 October. They agreed that the parliament should meet in Istanbul, even if it were obvious that this parliament could not function under the occupation. It was a great chance to build the base and legitimacy. They decided on formalizing a "Representative Committee" that would handle the distribution and implementation, which could easily be turned into a new government if allies decide to disband whole Ottoman Governing structure. Mustafa Kemal established two concepts into this programme: independence and integrity. Mustafa Kemal was setting the stage for conditions which would legitimize this organization and illegitimate the Ottoman parliament. These conditions were also mentioned in Wilsonian rules.

Mustafa Kemal opened the National Congress at Sivas, with delegates from the entire nation taking part. The Erzurum resolutions were transformed into a national appeal, and the name of the organization changed to the Society to Defend the Rights and Interests of the Provinces of Anatolia and Rumeli. The Erzurum resolutions were reaffirmed with minor additions, these included new clauses such as article 3 which states that the formation of an independent Greece on the Aydın, Manisa, and Bahikesir fronts was unacceptable. The Sivas Congress essentially reinforced the stance taken at the Erzurum Congress. All these were performed while the Harbord Commission arrived in Istanbul.

Plans were made to organize a new government and parliament in Ankara, and then sultan asked to accept its authority. A flood of supporters moved to Ankara just ahead of the Allied dragnets. Included among them were , her husband, , , Kemal’s most important allies in the Ministry of War, and the last president of the Chamber of Deputies, . The latter's desertion of the capital was of great significance. A legally elected president of the last representative Ottoman Parliament, he claimed that it had been dissolved illegally, in violation of the Constitution, enabled Kemal to assume full governmental powers for the Ankara regime.

On March 1920, he announced that the Turkish nation was establishing its own Parliament in Ankara under the name Grand National Assembly. Some 100 members of the Ottoman Parliament were able to escape the Allied roundup and joined 190 deputies elected around the country by the national resistance group. On , , the new Assembly gathered for the first time, making Mustafe Kemal its first president and Ismet Inonü, now deputy from , chief of the General Staff.