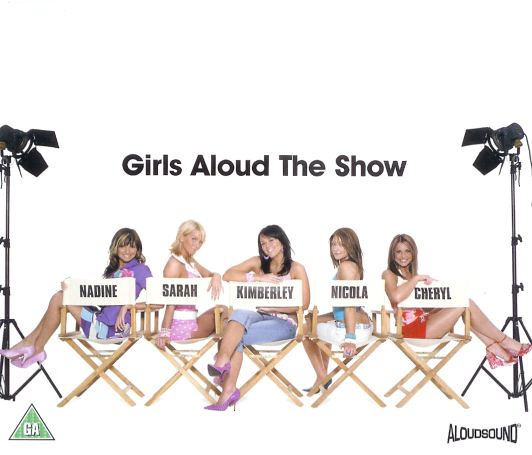 "The Show" is the fifth single by the British , and the first to be taken from their second album, "". It was released on , .

The single showed off a brand new look for the girls. It was backed by a prior to its premiere featuring five empty chairs with each of the girls' names on. This built up excitement over the new look and later featured on the single cover with the girls in their seats. "The Show" was released on a 3" pocket format a few weeks after its initial release. This limited edition version was part of a trial, which was subsequently scrapped, by .

It kept up their run of successful top three singles on the , debuting at number two. There were no additional B-sides, only remixes and an interview titled "The After Show".

The music video for "The Show" was directed by . [ [http://www.mvdbase.com/artist.php?last=Girls%20Aloud&first= Girls Aloud at MVDB] ] , and takes place in a salon called "Curls Allowed." Each member of the band plays a character working in the salon, pampering and making-up a variety of men.

Nicola is "Chelsea Tanner," who sprays insulting messages with fake bronzer onto her male customers, Nadine is "Frenchie", who ineptly tries to give her male customers facials, Sarah is "Supa Styler", a hair stylist who fails to satisfy any of her customers, Cheryl is "Maxi Wax", who makes the waxing process as painful as possible, and Kimberley is "The Boss", who looks on amusedly as her employees take their revenge on the salon's male customers.

It has also been noted in the "Style" DVD that the promotional video for 'The Show' is Kimberley Walsh's least favourite music video.

These are the formats and track listings of major single releases of "The Show".