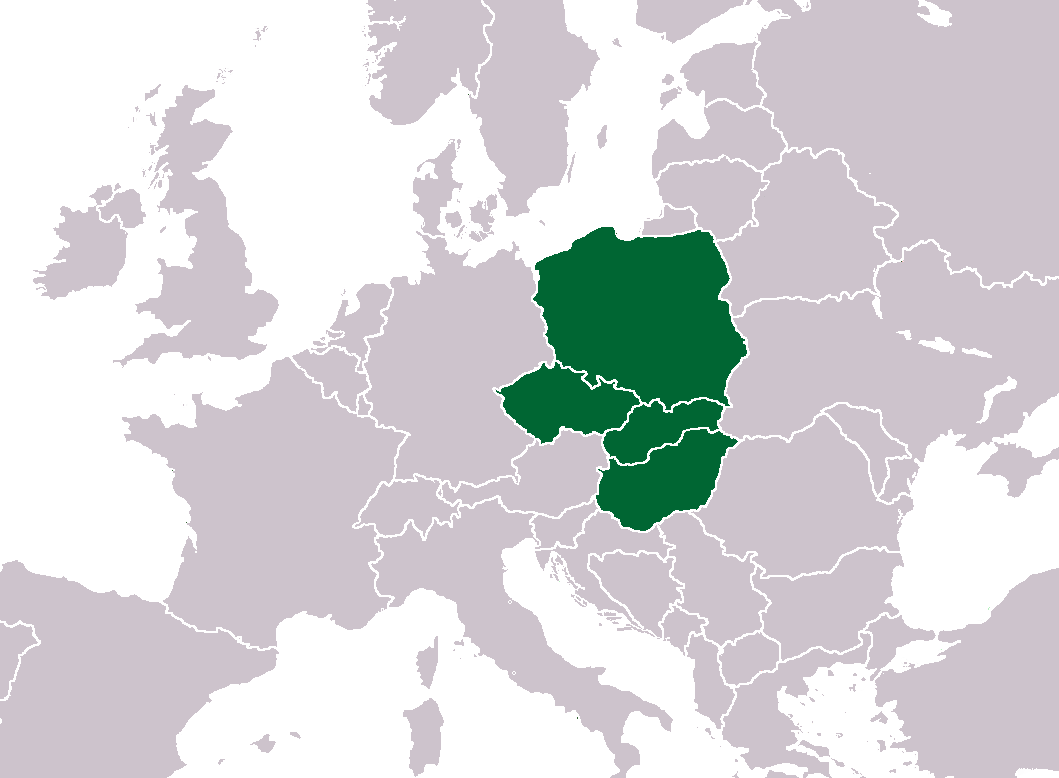 The Visegrad Group, also called the Visegrad Four or V4, is an alliance of four an states &ndash; the , , and &ndash; for the purposes of cooperation and furthering their an integration. The Group's name in the languages of the four countries is "Visegrádská čtyřka" or "Visegrádská skupina" (Czech); "Visegrádi Együttműködés" (Hungarian); "Grupa Wyszehradzka" (Polish); and "Vyšehradská štvorka" (Slovak). It is also sometimes called the Visegrád Triangle, since it was the alliance of three states at the beginning - the term is not valid now, but appears sometimes even after all the years since dissolved.

The Group originated in a of the heads of state or government of , and held in the Hungarian castle town of on (not to be mistaken with , a castle in , the capital city of the ).

The and became members after the in . All four members of the Visegrad Group became part of the on , .

The name of the Group is derived, and the place of meeting selected, from a meeting of the Bohemian, Polish and Hungarian rulers in in 1335. , and the n king, John of Luxembourg, agreed to create new commercial routes to bypass the and obtain easier access to other European markets. No "group" was created at that time, however. A second meeting took place in 1339, deciding on the new king of Poland.

After , the Visegrád group are the wealthiest post- countries in Europe. All of them have relatively developed free market economies and have enjoyed spectacular since the . The Czech Republic in particular is now regarded a Western-style .

The only institution of the Visegrad co-operation is the International Visegrad Fund, established in 1999, with the seat in . According to a decision of the prime ministers, the Fund has an annual budget of EUR 5 million since 2007 onwards. In 11 annual deadlines the Fund awards grants, scholarships and artist residencies.

In 2002, Hungary initiated establishment of an Expert Working Group on Energy. This expert group meets once or twice a year in V4 capitals on a rotation basis, and the head of the host country delegation always chairs the meeting.