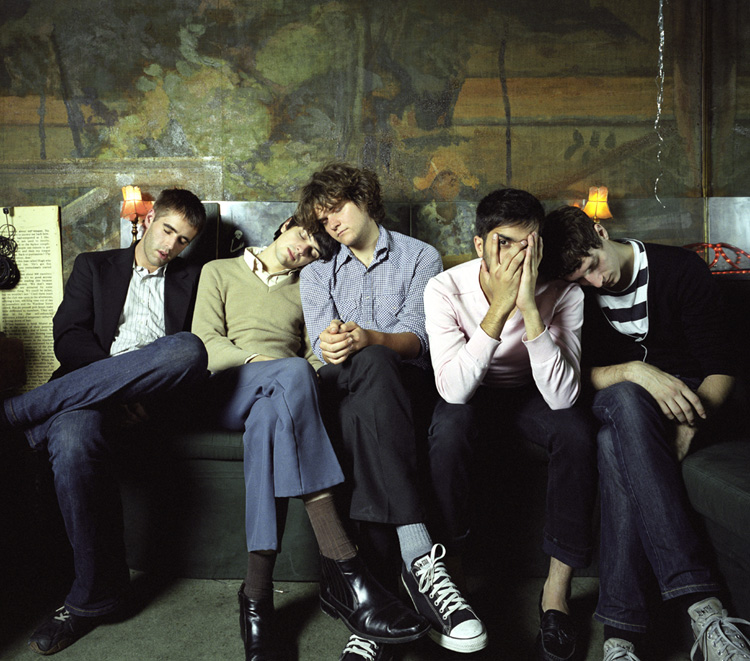 Voxtrot is an rock band from , USA. The band is fronted by Ramesh Maclean Srivastava and also includes Jason Michael Chronis, Matthew David Simon, and Jared Van Fleet. Their first EP, a self-made , was produced in 2003 and sold at a few independent record stores in Austin.

Despite not having released a full-length album until recently, Voxtrot has received praise and mention from online and print publications, such as SPIN.com and Pitchfork Media. For instance, SPIN.com noted that "", the band's first official EP, is "...a stunning mini-collection of John Hughes-heyday paeans, twitchy pop, and surging, Strokes-y dancefloor fillers." [cite web | title=Voxtrot: Artist of the Day | work=Spin magazine | url=http://www.spin.com/features/band_of_the_day/2005/12/051214_voxtrot/ | accessdate=September 27 | accessyear=2006]

On , Ramesh announced on his blog that they are working on a full length album [cite web | title=At Long Last | work=The Voxtrot Kid | url=http://thevoxtrotkid.blogspot.com/2006/12/at-long-last.html | accessdate=December 12 | accessyear=2006] . The self-titled album was released on , . The first single from "Voxtrot" is the album-closer "Blood Red Blood".