"For the band of the same name, see ".Infobox Album | Name = Sound the Alarm
Type =
Artist = 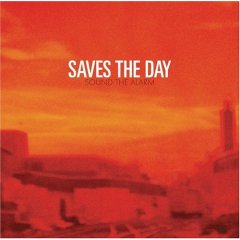 
"Sound the Alarm" is the fifth studio album by new jersey band , it was released by on . It was produced by Steve Evetts who also produced Saves the Day's first two albums: "Can't Slow Down" and "". All the album's lyrics were written by .

This album was hailed by many as something of a return to the band's classic sound, after the sonic departure of 2003's "".

"Sound the Alarm" is part one of a three part concept Chris Conley stated in an interview with .

*"Head for the Hills" is on the soundtrack to football video game .