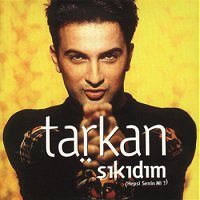 "Şıkıdım" ("Shake") was originally from 's album lending its title to the album's name, " (Hepsi Senin Mi?)". It is a song, reproduced by Laurent Marimbert and re-mixed by Yves Jaget for the European music market and included in Tarkan's Tarkan in . It was released as a single after the success of his previous single "" in .

This song was later released in English as "Shikidim" on Tarkan's 2006 English-language debut, Come Closer.