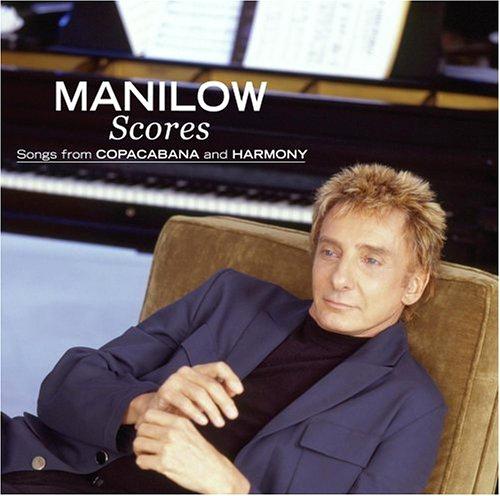 "Scores: Songs from "Copacabana" and "Harmony"" is Manilow's second album with . It features selections from two musicals that feature original music by Manilow.

The first half of the record features songs from "Copacabana: The Musical". "Dancin' Fool", "Sweet Heaven", and "Copacabana", which had been previously recorded and released, were re-recorded. "Who Needs To Dream" is a previously released song which was included on the soundtrack to the television version of Copacabana which starred Barry Manilow. And "This Can’t Be Real" is duet with .

The second half of the album features songs from the musical "Harmony" based on true story about German chorus group . The musical was expected to debut on Broadway but encountered numerous problems. A preview of the show was expected to show in Philadelphia. However, only weeks before the opening, the producer failed to come up with the funding for the show and it was cancelled. Then the producer tried to claim the rights to the musical and the matter entered arbitration. Manilow ended up winning back the rights to his play. The song "This Is Our Time", as mentioned in the liner notes, was cut from the musical.