Arthur Read
This article is about the cartoon aardvark. For the English football (soccer) player, see Arthur Read (footballer). For those of a similar name, see Arthur Reed (disambiguation).

Arthur Timothy Read is the title character of both the book series and the PBS children's television show Arthur which was created by Marc Brown. On the show, he is eight years old, in Mr. Ratburn's third grade class, and lives in Elwood City. Arthur was ranked #26 on TV Guide's 50 greatest cartoon characters of all time.[1]

Arthur is an eight-year-old male anthropomorphic aardvark,[2] and the star of the self-titled TV series and books. Though he is proclaimed to be an aardvark, many of his features sit in stark contrast with this. For example his small, rounded ears, large, bulbous snout and his lack of the large, conspicuous tail which aardvarks typically possess. His trademarks include his bright yellow sweater, blue jeans, big round glasses, and red-and-white sneakers that he wears in most appearances. According to creator Marc Brown, he is supposed to be a representation of the average American third-grader and is based on the author's own experiences growing up in Erie, Pennsylvania as a child.

In the first Arthur book, Arthur's Nose (1976), Arthur had a long nose; he therefore resembled an actual aardvark. However, his design changed over the first half dozen books; he now has a much shorter nose, and many more human features. In the second book of the series, 1979's Arthur's Eyes (in which Arthur still very strongly resembled a real aardvark), he acquired his trademark glasses. 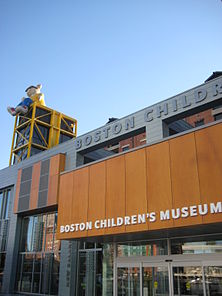 Boston Children's Museum displays an inflatable Arthur on the roof to advertise an Arthur-related exhibit within.

A recurring theme in the Arthur series are the tensions between Arthur and his younger sister. Arthur is constantly pestered by his four-year-old sister Dora Winifred Read (nicknamed D.W.) and even though she celebrated her fifth birthday during the TV series' third season, Arthur still referred to her as a "four-year-old" in the episode Return of the Snowball, which aired in the seventh season. D.W. usually tries to get Arthur into trouble, although there are times when Arthur can also be mean to D.W. or retaliate. Despite that, Arthur tries his best to ignore D.W.'s annoying antics most of the time, and often does her favors - sometimes on his parents' behest - against his will.

Arthur's parents include his mother Jane Read, who is a work-at-home accountant and his father David L. Read, who runs a catering business. His mother is from the Pittsburgh area, and knew Fred Rogers as a child. He also has a baby sister named Kate and a pet dog named Pal.

Appearances from Arthur's extended family include Grandma Thora, Grandpa Dave, Uncle Fred, Uncle Richard (Dave's brother), Aunt Jessica, Aunt Loretta, Aunt Lucy, Great-Grandma (Thora's mother) and his cousins Cora, Monique, Ricky, and other unnamed relatives. However, the only two members of Arthur's extended family who have appeared more than once as of today are Grandma Thora and Grandpa Dave. Most of the Read family members are Ohio natives as well.

Grandma Thora lives in a house not too far from Arthur's in Elwood City and is known to be a bad cook, but a loving grandmother and a world-class marbles player. She loves to play Bingo every Friday night, and in some episodes has to watch over Arthur and D.W. Grandpa Dave lives on a farm that he claims has been in the family for 150 years.

Arthur's friends include Buster, Muffy, Francine, Binky, the Brain, and several others. Buster is his best friend who has the habit of eating junk foods continually. Muffy, who is rich, desires popularity and always wanted to start her own business. Muffy's inspiration is her dad's automobile business. Binky acts as the main school bully, but sometimes he couldn't intimidate some of the students especially Sue Ellen. Brain's true name is Alan, but his friends call him by his nickname due to his intelligence and habit of correcting others' mistakes in many subjects.