Another Place and Time

Another Place and Time 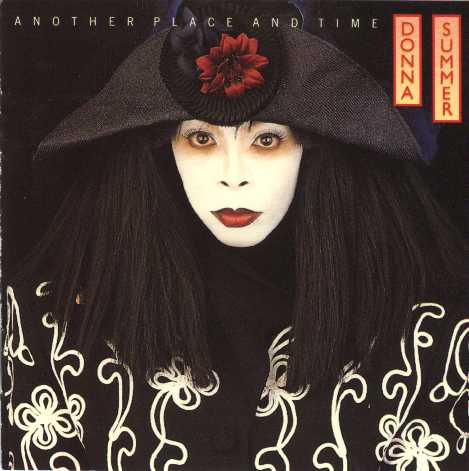 "Another Place and Time" is an album by American singer released in 1989. Originally a huge star during the era in the 1970s, Summer had experimented with different styles of music during the 1980s and had released several albums with . During this period Summer had experienced both success and failure with her work. She left Geffen after the release of her 1987 album "All Systems Go", following a turbulent eight years during which time the label had refused to release much of her material including this album. , president of Atlantic Records at the time bought Donna Summer out of her contract with Geffen and released the album "Another Place and Time". Since her signing to Geffen, Summer's work had been distributed across Europe by WEA (Geffen's then-international distributor). As Atlantic was also part of the WEA group, this was unchanged.

Having signed to , Summer's management suggested that she do an album with production team ("S/A/W"). Since 1986 they had dominated the UK charts with acts like , Dead or Alive, and and had scored countless hits all over the world. They were famous for their unique "hit factory" sound, which was basically their own brand of 1980s /dance.

The resulting album, "Another Place and Time" was released in 1989. S/A/W wrote and produced all ten of the tracks, with Summer being credited as co-writer on three of them. The album contained the typical "hit factory" sound for which S/A/W were famous, as well as a couple of ballads. It was a worldwide success, and made the UK Top 20. In the United States it improved upon the charting of her previous album, peaking at #53 and being certified Gold for shipments of 500,000 copies. Many fans see it as Summer's "comeback" album, as she had had no real success in the album stakes since "" back in 1983. Despite its success, it has also been criticized by some fans for being overproduced and some feel that too many singles were released from it (six in total).

The first and most successful single from this album was "", which went Top 10 on both sides of the Atlantic. This was Summer's first Top-10 entry in the UK in ten years, when "" had become her seventh Top-10 there in . In the U.S. it was her first Top-10 charting since 1983. "This Time" was followed by another UK Top-10 entitled "I Don't Wanna Get Hurt" (also a hit in Europe but unreleased in the U.S.), and a Top 20 - "Love's About To Change My Heart", which peaked at 85 in the U.S. "When Love Takes Over You" was also a UK chart single, as was "Breakaway". (also a U.S. R&B hit). "Breakaway" coincided with the release of a European compilation album released in 1990.

A second album was planned with S/A/W, however Summer had a falling out with them and the tracks were later recorded by Lonnie Gordon. [ [http://www.stockaitkenwaterman.com/artists/gord02.htm cafe80s: Lonnie Gordon interview ] ]