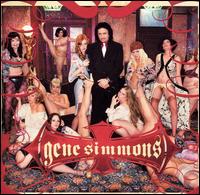 "Asshole" is the second solo album release by KISS member . It was released in 2004 on the Label. Due to its controversial nature, the album's title does not appear on the front cover of the album. On the side of the CD case the title reads "***hole".