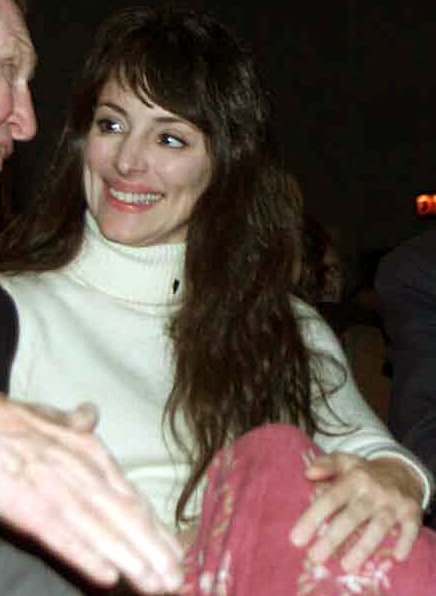 Stowe, the eldest of three sisters, was born Madeline Mora Stowe [According to the State of California. "California Birth Index, 1905-1995". Center for Health Statistics, California Department of Health Services, Sacramento, California. At Ancestry.com] in Eagle Rock, a working class suburb of Los Angeles, . Her mother, Mireya (née Mora), immigrated from and came from a prominent family, and her father, Robert Stowe, a civil engineer, was a native of .

At the age of ten, Stowe began taking piano lessons with the aim of becoming a concert pianist — and also as a way of not having to socialize with other kids. Her Russian-born music teacher Sergei Tarnowsky (he taught before immigrating to the US), had faith in her, teaching her from his deathbed. But when he died at the age of 96, she quit ("I just felt it was time to not be by myself anymore") — and at 18 she went on her first date. [ [http://www.ew.com/ew/article/0,,300986,00.html WHAT DRIVES MADELEINE STOW UP THE WALL? | Blink | Pop Culture News | News | Entertainment Weekly | 1 ] ] She then studied cinema and journalism at the . Not overly interested in her classes, Stowe volunteered to do performances at the "Solaris", a theater, where a movie agent saw her in a play, and subsequently got her several offers of appearances in TV and films.

For nearly fifteen years Stowe appeared mostly in minor or supporting roles in movies and on TV. A few of her performances from this period became, however, well-known to the public, as was the case for "Stakeout" (1987), where she played opposite , and "Revenge", (1990), which co-starred . In 1992 Stowe finally landed a leading role in a high-profile film, "The Last of the Mohicans", which also starred .

Thereafter, several major film roles followed. The next year, director cast Stowe in "", in which she gave one of her most acclaimed screen performances as the wife of a compulsive lying and adulterous police officer played by . The following year, Madeleine was a blind musician in the thriller "Blink", co-starring (14 years earlier, she had a guest role as a blind painter in "Little House on the Prairie"). [ [http://www.imdb.com/title/tt0633060/fullcredits "Little House on the Prairie" Portrait of Love (1980) - Full cast and crew ] ] The year after that, she was a sympathetic psychiatrist in the science-fiction movie "". Stowe postponed her acting career in 1996 in order to concentrate on motherhood. In 1998 she came back with "The Proposition". She most recently appeared in the Detective Drama "" on for the 2007 mid-season replacement. The series was canceled two months later.

Stowe has been married to actor since 1982, after meeting when they acted in a TV film the previous year. The couple have a daughter, May (born 1996), and spend spare time on the ranch they own in .

In December 2007, she endorsed and campaigned for in the . [ [http://blogs.abcnews.com/politicalpunch/2007/12/bacon-edwards.html Political Punch ] ]

*2000: Nominated, "Outstanding Actress in a Feature Film" - "The General's Daughter"