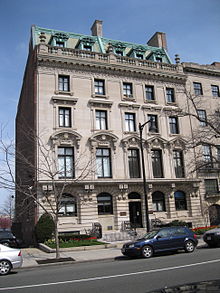 The College offers both Doctor of Optometry (O.D.) and Master of Science in Vision Science degrees. Special emphasis is placed on direct contact with patients, and to this end students make use of the College's affiliation with the New England Eye Institute network of eye care centers.

The current president of the college is Dr. Cliff Scott.[1] It has an enrollment of over 400 students.