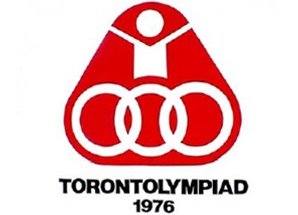 This marked the first time that Canada hosted the Paralympics. Canada will host the in .

The opening of the 1976 games were held at in north Etobicoke. Athletes were housed at , and the . Closing ceromonies took place at . Centennial Park's Olympic Pool was the other venue.

At the 1976 games, s and athletes competed for the first time; previous editions of the Paralympic Games had included only athletes. Within the sport of athletics, new wheelchair racing distances of 200 m, 400 m, 800 m and 1500 m were added. Shooting and , both previously demonstration events, were included as official medal sports. [cite web |title=Toronto 1976 |publisher= |date=2008 |url=http://www.paralympic.org/release/Main_Sections_Menu/Paralympic_Games/Past_Games/Toronto_1976/index.html |accessdate=2008-08-06 ]