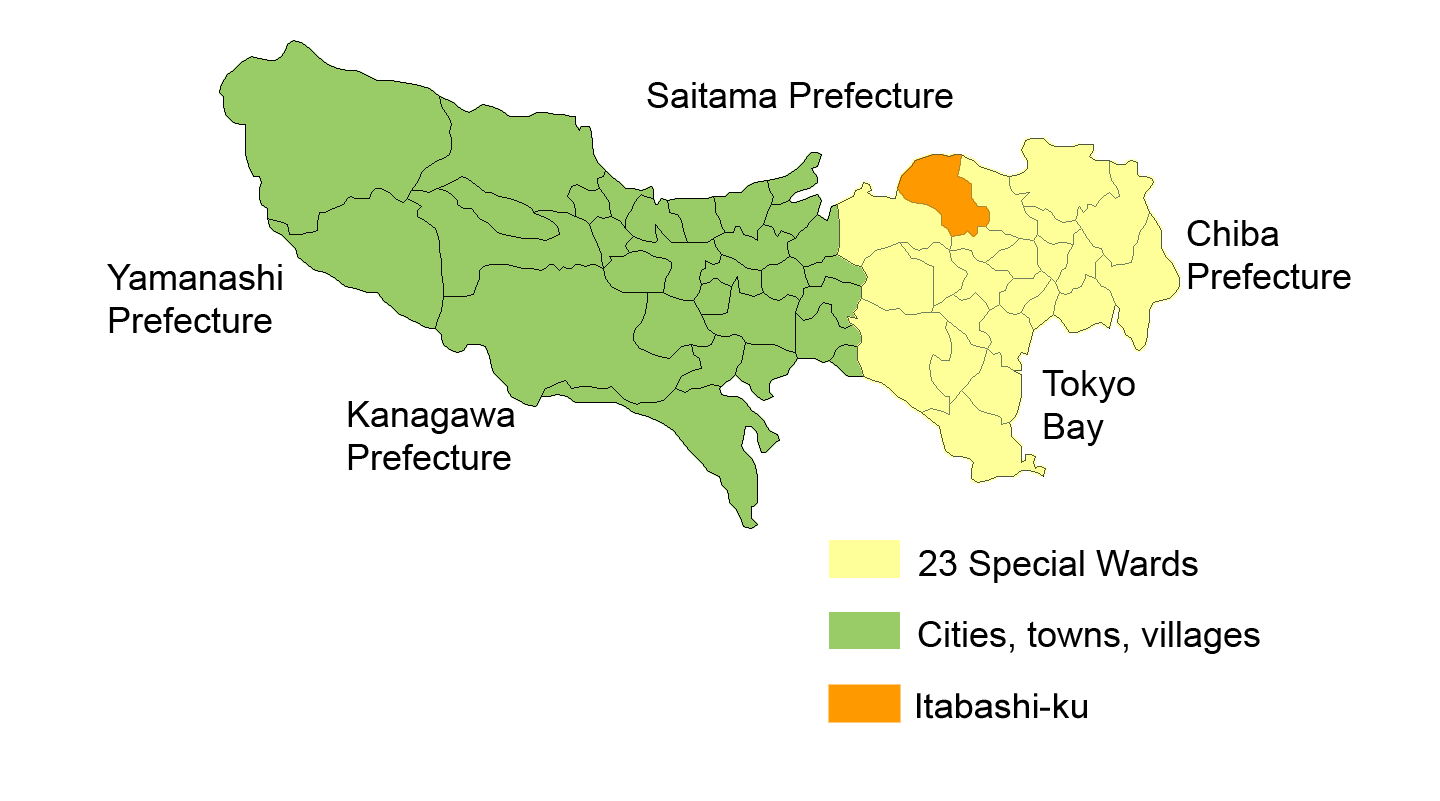 Elevation=
nihongo|Itabashi|板橋区|Itabashi-ku is one of the of , . In English, it calls itself Itabashi City. Itabashi has sister-city relations with in ; in , ; and in .

Itabashi lies on the Kantō plain. The Arakawa, a major river, forms part of the boundary with . Surrounding the ward are, in Saitama, the cities of Wako and Toda; and in Tokyo, the wards of Nerima, Toshima, and Kita.

The name of the ward means "plank bridge" and derives from the wooden span over the that dates from the . Such a bridge was remarkable at the time, and the name has lasted since. In the , the crossed the nearby Shimo Itabashi, and the name came to apply to that area as well. Itabashi was one of the Four Edo Post Towns, and travellers first lodged there after leaving the al capital. The had a mansion there. The shogunate maintained the at Itabashi.

On , , nine towns and villages of Kita-Toshima District merged and became part of as Itabashi Ward. It became a special ward , . On of that year, Nerima was split off from Itabashi.

Itabashi is home to four universities. has a campus in the Kaga neighborhood. Also in Kaga is the main campus of . has one campus in Takashima-daira, and another in . The fourth is the medical college of .

Public elementary and middle schools are operated by the Itabashi Board of Education.

Some of these stations straddle the boundaries with other wards, or are within walking distance of Itabashi. The addresses of some stations are in neighboring wards. Shimo-Itabashi Station is in Toshima; Kotake Mukaihara Station and Akatsuka Subway Station are in Nerima; Ukima-Funado Station is actually in Kita.