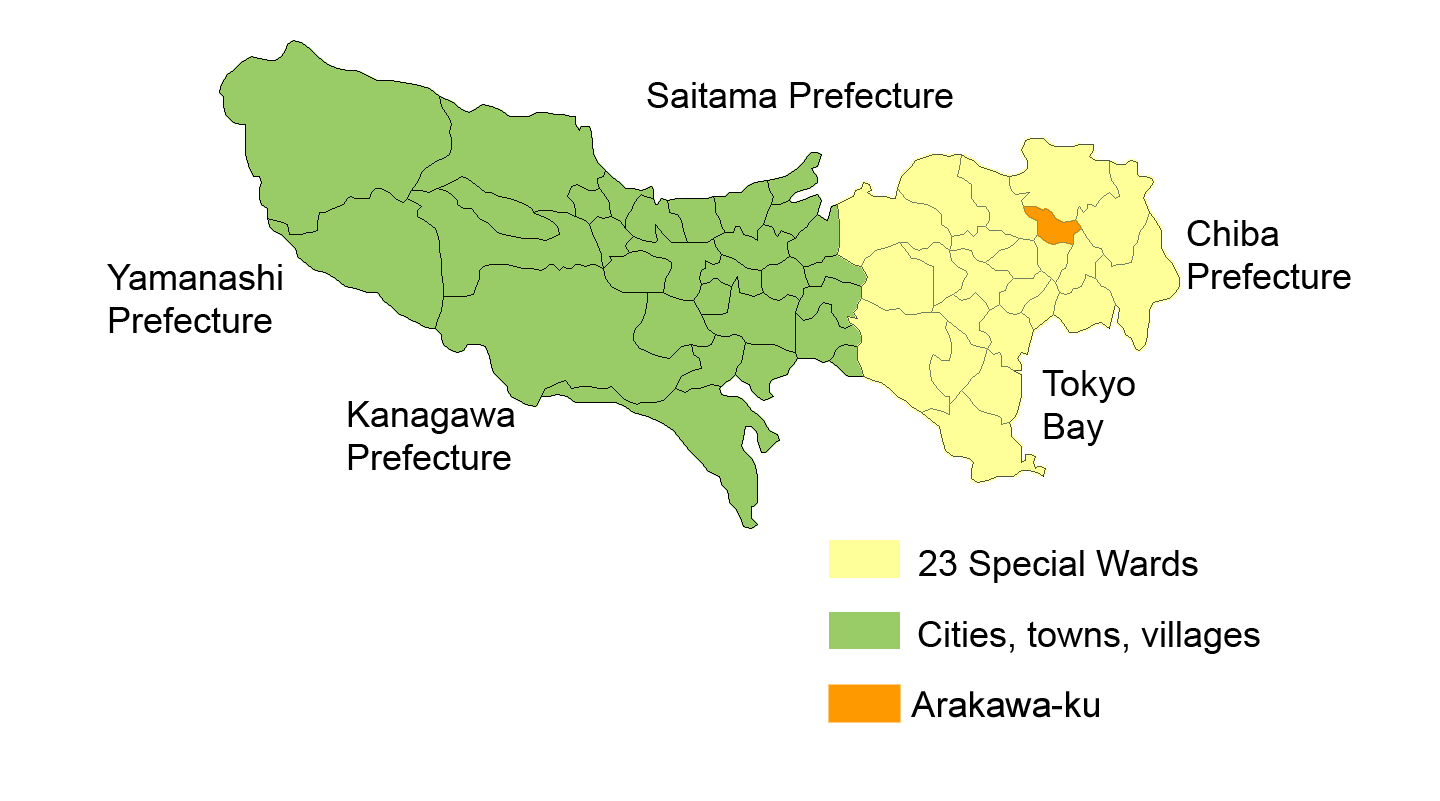 Elevation=
nihongo|Arakawa|荒川区|Arakawa-ku is a special ward located in , . The ward takes its name from the river, the Arakawa. Its neighbors are the wards of Adachi, Kita, Bunkyo, Taito and Sumida. In English, the ward calls itself Arakawa City.

Arakawa is in the northeastern part of Tokyo. The shape is long and narrow, stretching from west to east. The forms the northern boundary.

The ward is surrounded by five other special wards. To the north lies Adachi; to the west, Kita; to the southwest, Bunkyo. South of Arakawa is Taito, and southeast is Sumida.

During the , the region was agricultural. Beginning in the , it became industrial as the waters of the Arakawa began to attract factories. From 1651 onwards, it housed the Tokugawa's largest execution ground of Kozukappara (now next to Minami-Senju station).

Public elementary and middle schools are operated by the .

Additional facilities are under construction.