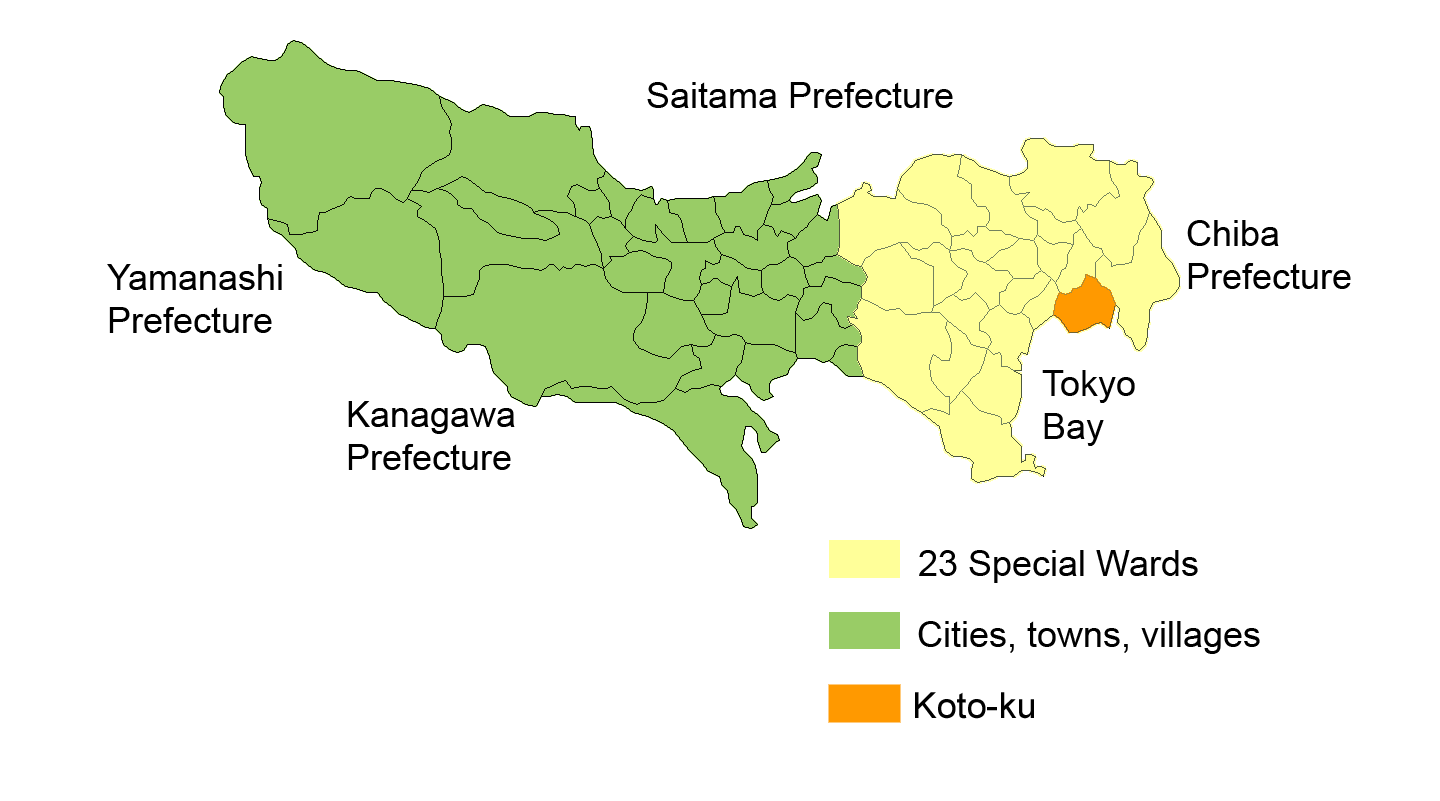 Kōtō is located east of the Tokyo metropolitan center, bounded by the to the west and the Arakawa to the east. Its major districts include Kameido, Kiba, Kiyosumi, Monzen-nakachō, and Shirakawa. The newly developed waterfront area of Ariake is in Kōtō, as is part of (including the popular Palette Town shopping complex).

Kōtō occupies a position on the waterfront of sandwiched between the wards of Chūō and Edogawa. Its inland boundary is with Sumida. Much of the land is reclaimed, so there are few old temples or shrines.

Noteworthy places in Kōtō include

The western part of the ward was formerly part of Fukagawa Ward of . It suffered severe damage in the Great Kantō Earthquake and was heavily bombed during .

The special ward was founded on , by the merger of the wards of Fukagawa and Jōtō.