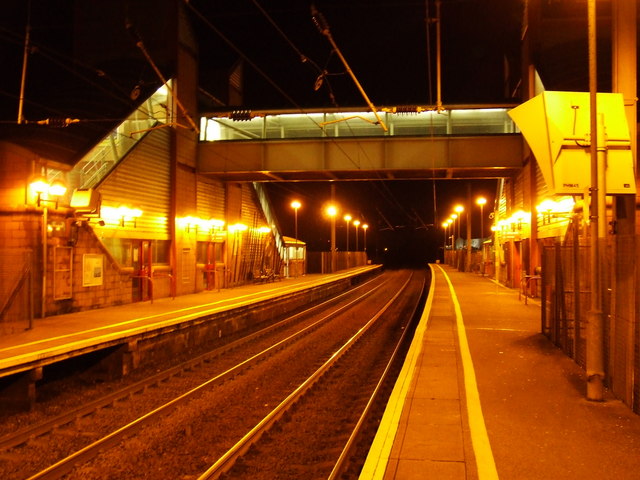 Glasgow Prestwick Airport railway station (formerly known as Prestwick International Airport station) serves , near the town of , , . The station is 61 km (37¾ miles) south west of Glasgow Central on the .

It opened in 1994. It is currently the only railway station in Scotland that is directly connected to an airport, though railway links have been proposed for and Glasgow International.

The station is served by half-hourly trains in each direction to and and occasional services to and stations beyond Ayr.