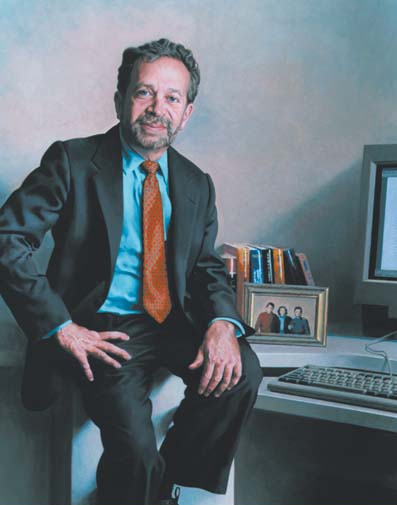 Robert Bernard Reich (born , ) is an American politician, academic, writer, and political commentator. He served as the twenty-second , serving under President from 1993 to 1997. Reich is a former professor and the former Maurice B. Hexter Professor of Social and Economic Policy at the at . He is currently a professor at the University of California, Berkeley's . Reich is also on the board of directors of [http://www.tutor.com/ Tutor.com] He is a trustee of the Economists for Peace and Security. He is an occasional political commentator, notably on "", "" and 's "".

Reich was born into a ish family, and he attended John Jay High School in . He attended , graduating with a bachelor's degree in and winning a to study at Oxford. [Turco, Al. [http://www.stonehamindependent.com/archives/2002/03/20/2 "Democrat Robert Reich says he’s prepared to make a difference in Mass."] , "", , . Accessed , . "Reich started out as a graduate of John Jay High School, a regional public high school in small-town Cross River, New York. Reich then earned a bachelor’s degree from Dartmouth College in 1968 and won a Rhodes Scholarship to study at Oxford where he received degrees in philosophy, politics and economics."]

A longtime friend of Bill and , going back to their days together at the and respectively, he was invited to head Clinton's economic transition team. He later joined the administration as . During his tenure, he implemented the (FMLA), successfully promoted increasing the minimum wage, successfully lobbied to pass the Pension Protection Act and the School-to-Work Jobs Act, and launched a number of job training programs.

At the same time, he lobbied Clinton to address bigger societal issues, and pushed for improvement of conditions for those in poverty. In addition, Reich used the office as a platform for focusing the nation's attention on the need for American workers to adapt to the new economy. He advocated that the country provide more opportunities for workers to learn more technology, and predicted the shrinkage of the middle class due to a gap between unskilled and highly skilled workers.

After the Clinton administration

In 1996, between Clinton's re-election and second inauguration, Reich decided to leave the department to spend more time with his sons, then in their teen years. He published his experiences working for the Clinton administration in "Locked in the Cabinet".

Reich became a professor at , teaching courses for undergraduates as well as in the . In 2003, he was elected the Professor of the Year by the undergraduate student body.

In 2002, he ran for . He also published an associated campaign book, "I'll Be Short". (Reich is 4'10".) Reich was the first Democratic candidate for a major political office to support . He also pledged support for , and strongly condemned . His campaign staff was largely made up of his Brandeis students. Although his campaign had little funding, he surprised many and came in second in the Democratic primary with 25% of the vote.

In 2004, he published "Reason", a handbook on how liberals can forcefully argue for their position in a country increasingly dominated by what he calls "radcons", or radical conservatives.

In addition to his professorial role, he is a weekly contributor to the program Marketplace, and a regular columnist for the .

In early 2005, there was speculation that Reich would once again seek the Democratic nomination for Governor of Massachusetts. He instead became one of the earliest endorsers of the then-little-known candidacy of , who has previously served as Assistant Attorney General for Civil Rights in the Clinton Administration. Patrick would go on to take the state party's endorsement, win the three-way primary with nearly 50% of the vote, and be elected Governor in a landslide in November 2006.

In September 2005 Reich testified against at his confirmation hearings for Chief Justice of the .

Reich recently published an article that was extremely critical of the Clintons, referring to Bill Clinton's attacks on Barack Obama as "ill-tempered and ill-founded," and accusing the Clintons of waging "a smear campaign against Obama that employs some of the worst aspects of the old politics." [ [http://robertreich.blogspot.com/2008/01/bill-clintons-old-politics.html Robert Reich's Blog: Bill Clinton's Old Politics ] ]

Robert Reich holds a liberal political stance. In an interview with , "I don’t believe in redistribution of wealth for the sake of redistributing wealth. But I am concerned about how we can afford to pay for what we as a nation need to do." [http://freakonomics.blogs.nytimes.com/2008/05/01/robert-reich-answers-your-labor-questions/]

In response to a question as to what to recommend to the incoming president regarding a fair and sustainable income and wealth distribution, Reich said, "Expand the Earned Income Tax Credit — a wage supplement for lower-income people, and finance it with a higher marginal income tax on the top five percent. For the longer term, invest in education for lower income communities, starting with early-childhood education and extending all the way up to better access to post-secondary education." [http://freakonomics.blogs.nytimes.com/2008/05/01/robert-reich-answers-your-labor-questions/] He also holds an altruistic stance with regards to financial risks,"So let’s help families stay in their homes and continue to pay mortgages that are refinanced so they can afford to pay them. And let’s have better financial oversight so the next time money is cheap, mortgage lenders don’t shove it into the hands of people who don’t know what they’re getting into." [http://freakonomics.blogs.nytimes.com/2008/05/01/robert-reich-answers-your-labor-questions/]

Reich understands the dangers and moral hazards of laissez-faire capitalism and favors a more regulated economic system that protects those lower on the income scale. [http://robertreich.blogspot.com/2008/06/why-we-need-real-fiscal-stimulus.html]

*He played himself as a detective in a skit on ""; they amusingly contrasted each other in height, as Conan is 6'4" and Reich is 4'10".

*A selection from his book "Locked in the Cabinet" is featured in "The Lanahan Readings in the American Polity, Fourth Edition"

*Reich is frequently a contributor to 's "" and occasionally "".

*His son Sam Reich runs 's CHTV portion of the website and is part of the web video comedy group Dutch West.

*The Trap (TV Documentary Series) Reich features in "The Trap", a BBC documentary.