The Most Rev. Dr. David Cardinal Beaton (c. 1494 – 29 May 1546) was Archbishop of St Andrews and the last Scottish Cardinal prior to the Reformation.

Cardinal Beaton was a younger son of John Beaton of Balfour in the county of Fife, and is said to have been born in 1494. He was educated at the universities of St Andrews and Glasgow, and in his sixteenth year was sent to Paris, where he studied civil and canon law. He began his political career at the French court. He was Rector and Prebendary at Cambuslang from 1520. He became Commendator of Arbroath in 1524, Bishop of Mirepoix in Languedoc in December 1537 on the recommendation of King Francis I, and in 1538 he was appointed a Cardinal by Pope Paul III, under the title of St Stephen in the Caelian Hill. He was the only Scotsman named to that office by an undisputed right, Cardinal Wardlaw, Bishop of Glasgow, having received his appointment from the Antipope Clement VII about 160 years earlier. On the death in 1539 of Archbishop James Beaton, his uncle and patron who had given him the prebend of Cambuslang, the Cardinal became Archbishop of St. Andrews. In 1544, he was made Papal legate in Scotland.

Between 1533 and 1542 he acted several times as King James V of Scotland's ambassador to France. He took a leading part in the negotiations connected with the King's marriages, first with Madeleine of France, and afterwards with Mary of Guise. He was naturalised as a French subject. During 1542 he served as Keeper of the Privy Seal of Scotland for a matter of months.

Politically, Beaton was preoccupied with the maintenance of the Franco-Scottish alliance, and opposing Anglophile political attitudes, which were associated with the clamour for Protestant reform in Scotland ('the whole pollution and plague of Anglican impiety' as he called it). He was afraid that James V might follow Henry VIII's policy of appropriating monastic revenues.

On the death of James in December 1542, Beaton attempted to assume office as one of the regents for the infant sovereign Mary, Queen of Scots, founding his claim on an alleged will of the late King; but the will was generally regarded as forged, and James Hamilton, 2nd Earl of Arran, heir presumptive to the throne, was declared regent. The Cardinal, blamed by many for the war policy that led to the defeat at Solway Moss, was, by order of the regent, committed to the custody of Lord Seton. With Beaton out of power, the Anglophile party persuaded Lord Arran to make a marriage treaty with England on behalf of the infant Queen, and to appoint a number of Protestant preachers. In 1543 Beaton regained power, cancelled the treaty (having earlier drawn up the Secret Bond) and proceeded to prosecute a number of those whom he saw as heretics. Two English invasions followed - and for these many blamed Beaton. 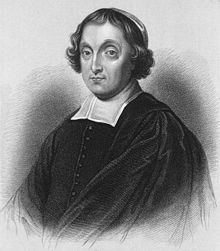 In March 1546, perhaps to divert attention from these criticisms, Cardinal Beaton arranged for the arrest, trial and execution by burning of George Wishart, who was prosecuted by Beaton's Private Secretary, Archdeacon John Lauder. Wishart, though, had many sympathisers, and this led to the assassination of the Cardinal soon afterwards. The conspirators, led by Norman Leslie, master of Rothes, and William Kirkcaldy of Grange, managed to obtain admission at daybreak of 29 May 1546, and murdered the cardinal in his own castle of St Andrews, mutilating the corpse and hanging it from a castle window.[1] At the time it was widely believed that his death was in the interests of Henry VIII of England, who regarded Beaton as the chief obstacle to his policy in Scotland.

The murder of Beaton was certainly a significant point in the eventual triumph of Protestantism in Scotland, and yet even at the time it was not necessarily condoned even among his opponents. His contemporary Sir David Lyndsay, statesman, poet and strong critic of Beaton, wrote soon after The Tragedie of the Cardinal, which concluded:

As for the Cardinal, I grant,
He was the man we weel could want'
And we’ll forget him soon!
And yet I think, the sooth to say,
Although the loon is well away,
The deed was foully done.

Like many senior medieval prelates, Beaton was in a long term relationship with a local noblewoman. Though the harsh Gregorian Reforms of the 11th Century had tried to put an end to clerical marriage, Nicolaitism continued through most of Medieval Europe i.e. though theoretically excluded, clerical “marriage” remained pretty much the norm.

His partner, Marion Ogilvy, was born in 1500. She was the daughter of Lord James Ogilvy of Airlie. After the deaths of her mother and father this formidable girl managed the family estates in Angus. Around 1520 she met and fell in love with David Beaton. The pair set up home in Ethie Castle and produced eight children many of whose descendants are today spread throughout the UK. Of his illegitimate daughters, Margaret married David Lindsay, 10th Earl of Crawford[2] and Agnes married George Gordon, 4th of Gight, and was an ancestress of the poet George Gordon Byron.[3]

Beaton was arguably the most able administrator in Scottish history and his stance against Henry VIII has generally been seen as patriotic. Of course the hard-line Protestant reformers dismissed him as 'the best Frenchman' in Scotland but his actions over many years were invariably beneficial to Scottish interests. His brutal murder was the spark that led to subsequent Religious warfare from the middle of the Sixteenth Century.

He was succeeded as Archbishop of Saint Andrews by Dr. John Hamilton

Sir John Melville, laird of Raith in Fife, was early impressed by the principles of the Reformation, and associated himself closely with the movement ; and he was one of the three hundred noblemen and gentlemen whom Cardinal Beaton pressed James V to pursue as heretics. As a friend of those who assassinated Cardinal Beaton of St Andrews, he was subsequently executed by Cardinal Beaton's successor, Archbishop John Hamilton .

During the minority of Queen Mary, Melville was a steady favourer of the policy of the ' English Party ' in Scotland, who sought to consolidate the interests of the two nations by uniting the crowns in the marriage of Edward VI and Mary, Queen of Scots . Melville had a natural son in England, John Melville, with whom he regularly corresponded while the two countries were at war. One of his letters fell into the hands of the Scottish governor, Lord Arran, and he was arrested, carried prisoner to Edinburgh, and, being convicted of Treason, was executed there on 13 Dec. 1548. His estates were forfeited.(d. 1548).