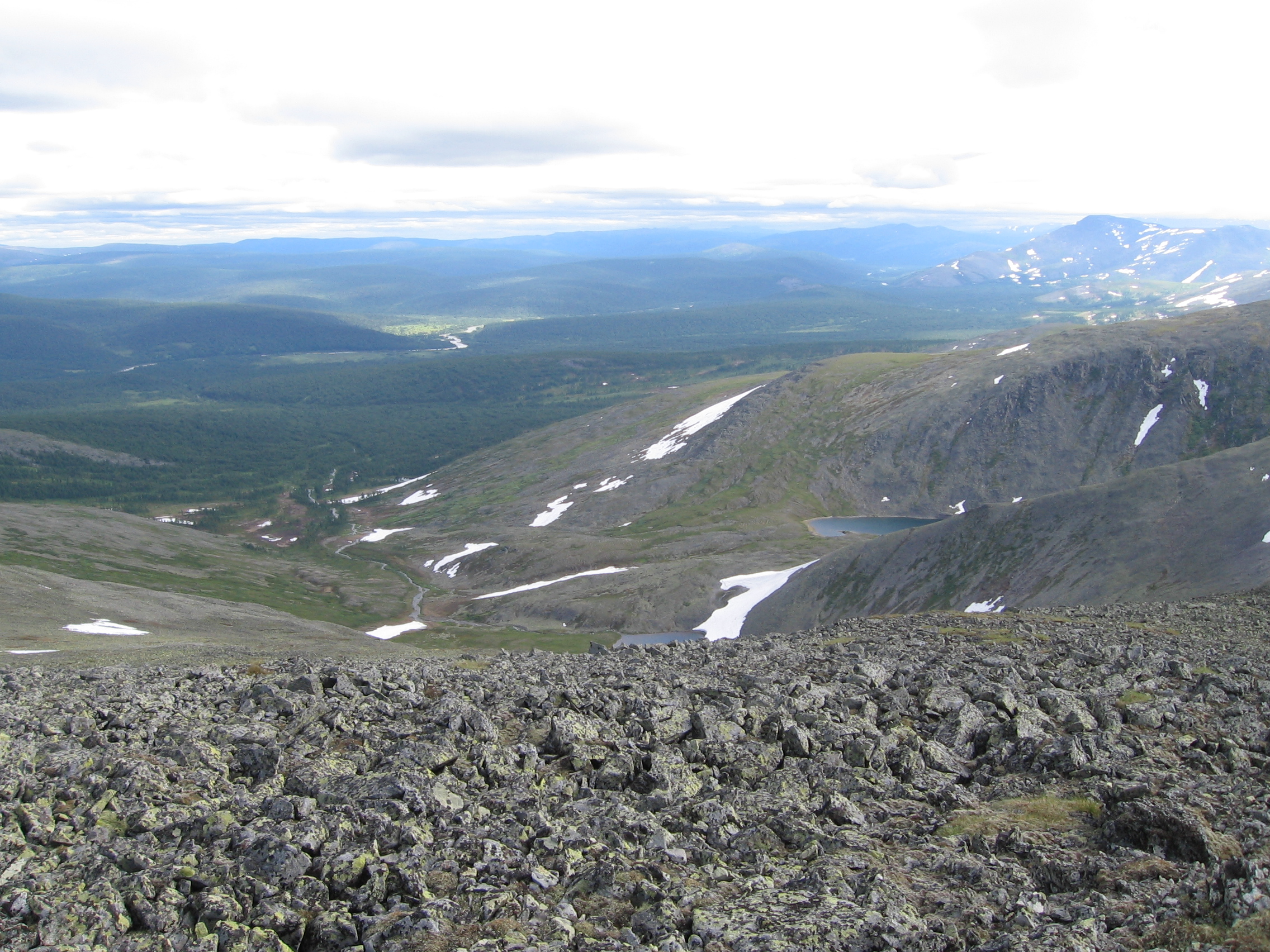 The Ural Mountains ( _ru. Ура́льские го́ры, "Uralskiye gory") (also known as the Urals, the Riphean Mountains in Greco-Roman antiquity, and known as the Stone Belt) are a that runs roughly north and south through western . They are usually considered as the natural boundary between and .

The Urals extend 2,500 km from the Kazakh along the northern border of to the coast of the . and the of form a further continuation of the chain. Geographically this range marks the northern part of the border between n and an sections of the n . Its highest peak is (Poznurr, 1,895 m). Erosion has exposed considerable mineral wealth in the Urals, including gems such as and .The in the northern Urals are recognized as a site. 68% of the Ural Mountains are located in , whilst the remaining 32% are located in Kazakhstan. [ [http://www.peakbagger.com/range.aspx?rid=37 Ural Mountains - Peakbagger.com ] ] [ [http://encarta.msn.com/encyclopedia_761567006/ural_mountains.html Ural Mountains - MSN Encarta ] ] __NOTOC__Geographers have divided the Urals into five regions: South, Middle, North, Subarctic and Arctic Urals. The drops from 1,400 metres to sea level as progressing north. Sections of the south and middle regions are completely forested.

The Urals were named after the Uralian tribe that was once native to the northern region of Asia. The Uralians were hunter-gatherers; however the lack of plentiful resources in the area forced them to relocate, spreading throughout the Asian region. According to another explanation, the word Ural is of Turkic origin and means a stone belt. [ [http://www.cambridge.org/us/catalogue/catalogue.asp?isbn=9780521829281&ss=exc The Urals and Western Siberia in the Bronze and Iron Ages - Cambridge University Press ] ]

The Urals are among the world's oldest extant . For its age of 250 to 300 million years, the elevation of the mountains is unusually high. They were formed during the late period, when western Siberia collided with eastern (connected to () to form the minor supercontinent of ) and to form the supercontinent of . Later Laurasia and collided to form the of , which subsequently broke itself apart into the seven continents known today. Europe and have remained joined together ever since.The Urals were first studied in a systematic way by Russian mineralogist Ernst Karlovich Hofmann (1801-1871) of University. During his tireless research, which began in 1828, Hofmann travelled thousands of miles in the Urals and gathered a vast collection of minerals, like , , , , , , , , , , , , and , among others.