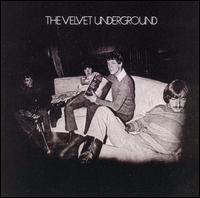 
"The Velvet Underground" is the third album by American rock group . It was their first record to feature , 's replacement in the band. It was recorded in 1968 at TTG Studios in Hollywood, . It marks a radical shift in sound and approach. said "I really didn’t think we should make another "". I thought it would be a terrible mistake, and I really believed that. I thought we had to demonstrate the other side of us. Otherwise, we would become this one-dimensional thing, and that had to be avoided at all costs." said, "I was pleased with the direction we were going and with the new calmness in the group, and thinking about a good future, hoping people would smarten up and some record company would take us on and do us justice." Doug Yule said the album "was a lot of fun. The sessions were constructive and happy and creative, everybody was working together."

"The Velvet Underground" was the band's first album for , the band's first two albums having been issued by MGM subsidiary and legendary label, . The previously strong influence is diminished, with the most notable ties to being the cover and back s taken by Warholite , and opening track "Candy Says," written about (who would later appear in 's 1972 song, "Walk On The Wild Side").

The record was produced by the band themselves, and issued in two different stereo mixes. The more widely distributed version is the one done by TTG staff . The other mix was done by , and was dubbed the "Closet Mix" by guitarist .

Sterling Morrison thought Reed's mix had a small, closed in, cramped sound. With the music so muted, the phrase "Closet Mix" was coined by Morrison, who said, "We did the third album deliberately as anti-production. It sounds like it was done in a closet – it’s flat, and that’s the way we wanted it. The songs are all very quiet and it’s kind of insane. I like the album." Overall, the songs on Reed's mix of the album sound different from the Valentin Mix in that the vocals are brought to the foreground, as opposed to the more "even" mix of Valentin's version. Drums and percussion on the Closet Mix are generally panned to one stereo channel only (typical of many other 1960's rock recordings.) On the Valentin mix drums are usually placed in the center.

Notable differences in the music can be heard on the 2 different versions. "Some Kinda Love" is a completely different performance. The Closet Mix uses a slower, quieter take, while the Valentin Mix is a slightly more upbeat and closer to the way the band performed the song in concert. The Valentin version of "Some Kinda Love" is about 20 seconds longer. There are different guitar solos on "What Goes On". "Jesus" is slightly longer in the Closet Mix, with a noticeable echo on the final refrain of "Jeeee-sus." "Beginning to See the Light" fades out 15-20 seconds later in the Closet Mix. On "The Murder Mystery," the vocals in the Closet Mix are brought to the front in an even more extreme fashion, drowning out the music almost entirely. There are also other less obvious differences.

All tracks written by Lou Reed and arranged by The Velvet Underground. Times shown are for the 1996 CD remastering of the Valentin mix.