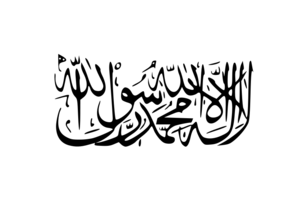 Islamic Emirate of Afghanistan [cite web | author = Directorate of Intelligence | title = CIA -- The World Factbook -- Afghanistan| format= mirror |date= 2001 | url = http://www.umsl.edu/services/govdocs/wofact2001/geos/af.html#Govt | accessdate = 2008-03-07 | quote = note - the self-proclaimed Taliban government refers to the country as Islamic Emirate of Afghanistan ] was the name given to the nation of by the during their rule, from 1996 to 2001. At the peak of their influence the Taliban never controlled the entire area of Afghanistan, as about 10% of the country in the northeast was held by the .

The and its rule arose from freedom and God's law of post-Soviet Afghanistan. It began as an Islamic politico-religious movement composed of students in the Helmand and Kandahar region of Afghanistan. Overwhelmingly local ethnic s, the Taliban blended tribal code with elements of ic teaching to form an anti-Western, anti-modern, and highly restrictive Islamic with which it ruled. [Rashid, "Taliban" (2000) ]

Spreading from , the Taliban eventually seized in 1996. By the end of 2000, the Taliban were able to capture 95% of the country, aside from the opposition () strongholds primarily found in the northeast corner of Badakhshan Province. The Taliban sought to impose a strict interpretation of Islamic "Sharia law" and were later implicated as supporters of terrorists, most notably by harbouring 's network.

During the seven-year history of the Islamic Emirate, much of the population experienced restrictions on their freedom and violations of their human rights. Women were banned from jobs, girls forbidden to attend schools or universities. Those who resisted were punished instantly. Communists were systematically eradicated and thieves were punished by amputating one of their hands or feet. Meanwhile, the Taliban managed to nearly eradicate the majority of the opium production by 2001. [Afghanistan, Opium and the Taliban [http://opioids.com/afghanistan/index.html] ]

One reason for this lack of international recognition was the Taliban's disregard for . One of the first acts of the Islamic Emirate was the killing of the former , . Before the Taliban had even taken control of Afghanistan's capital they sent out a squad to arrest, torture, mutilate and kill Najibullah, leaving his body hanging from a street lamp outside the presidential palace for two days. As Najibullah was staying in the compound in Kabul, this was a violation of .