The National Institute of Statistic and Geography (INEGI by its name in Spanish, Instituto Nacional de Estadística y Geografía) is an autonomous agency of the Mexican Government dedicated to coordinate the National System of Statistical and Geographical Information of the country. It was created on January 25, 1983 by presidential decree of Miguel de la Madrid.

It is the institution responsible for performing the population census every ten years; as well as the economic census every five years and the agricultural, livestock and forestry census of the country. The job of gathering statistical information of the Institute includes the monthly gross domestic product, consumer trust surveys and proportion of commercial samples; employment and occupation statistics, domestic and couple violence; as well as many other jobs that are the basis of studies and projections to other governmental institutions. 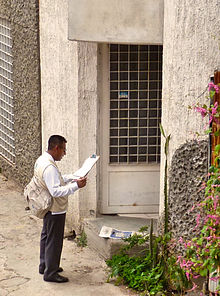 With the enactment of the National System of Statistical and Geographical Information Law, (LSNIEG by its name in Spanish, Ley del Sistema Nacional de Información Estadística y Geográfica) on April 16, 2008, INEGI changed its legal personality, acquiring technical and management autonomy. Its new denomination is National Institute of Statistic and Geography (INEGI by its name in Spanish, Instituto Nacional de Estadística y Geografía), but it preserves the acronym of its former name (INEGI).

The main INEGI’s objective is to achieve that the National System of Statistical and Geographical Information (SNIEG, by its name in Spanish), bring to the society and to the government, quality information, pertinent, truthful and relevant, to contribute to the national development, under accessibility, transparency, objectivity and independence principles.

To this goal, its attributions are:

The INEGI is governs by a Government board, which is its superior direction organ. It’s integrated by the Institute President, and four vicepresidents, whom are designated by the President of Mexico with Chamber of Senators approval.

INEGI collaborates with American and Canadian government scientists, along with the Commission for Environmental Cooperation, to produce the North American Environmental Atlas, which is used to depict and track environmental issues for a continental perspective.