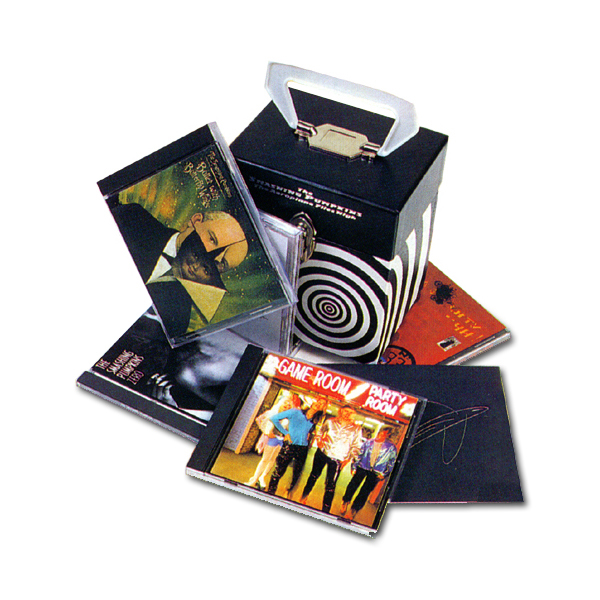 "The Aeroplane Flies High" is a five-disc boxed set released by . It contains expanded versions of the five singles from their album "", and also included a 44-page booklet with pictures and writings by the band's lead singer , as well as lyrics. A limited edition release, the box reached #42 on the "" charts, and sold 300,000 units (1.5 million discs in all), generating a platinum disc for the band. Originally intended to be limited to 200,000 copies, produced more after the original run sold out due to overwhelming and unexpected demand. [cite web|author=MTV News staff| year=1996| title=Pumpkins' "Collectors" Set Has Mass Appeal | format=http| work=MTV.com| url=http://www.mtv.com/news/articles/1434226/12161996/smashing_pumpkins.jhtml | accessmonthday=August 30 | accessyear=2006] It should be noted that this collection does not include the song "Infinite Sadness", which has only been released on the vinyl version of "Mellon Collie" as the closing track, and also for digital download on their "Rarities and B-Sides" collection.

"Tribute to Johnny" is a tribute to , one of Billy Corgan's favorite guitarists.

"Medellia of the Gray Skies" features members of The Frogs.

"Tonite Reprise" is a solo acoustic version of "" with slight alterations to the lyrics. It also appeared on the vinyl version of "Mellon Collie".