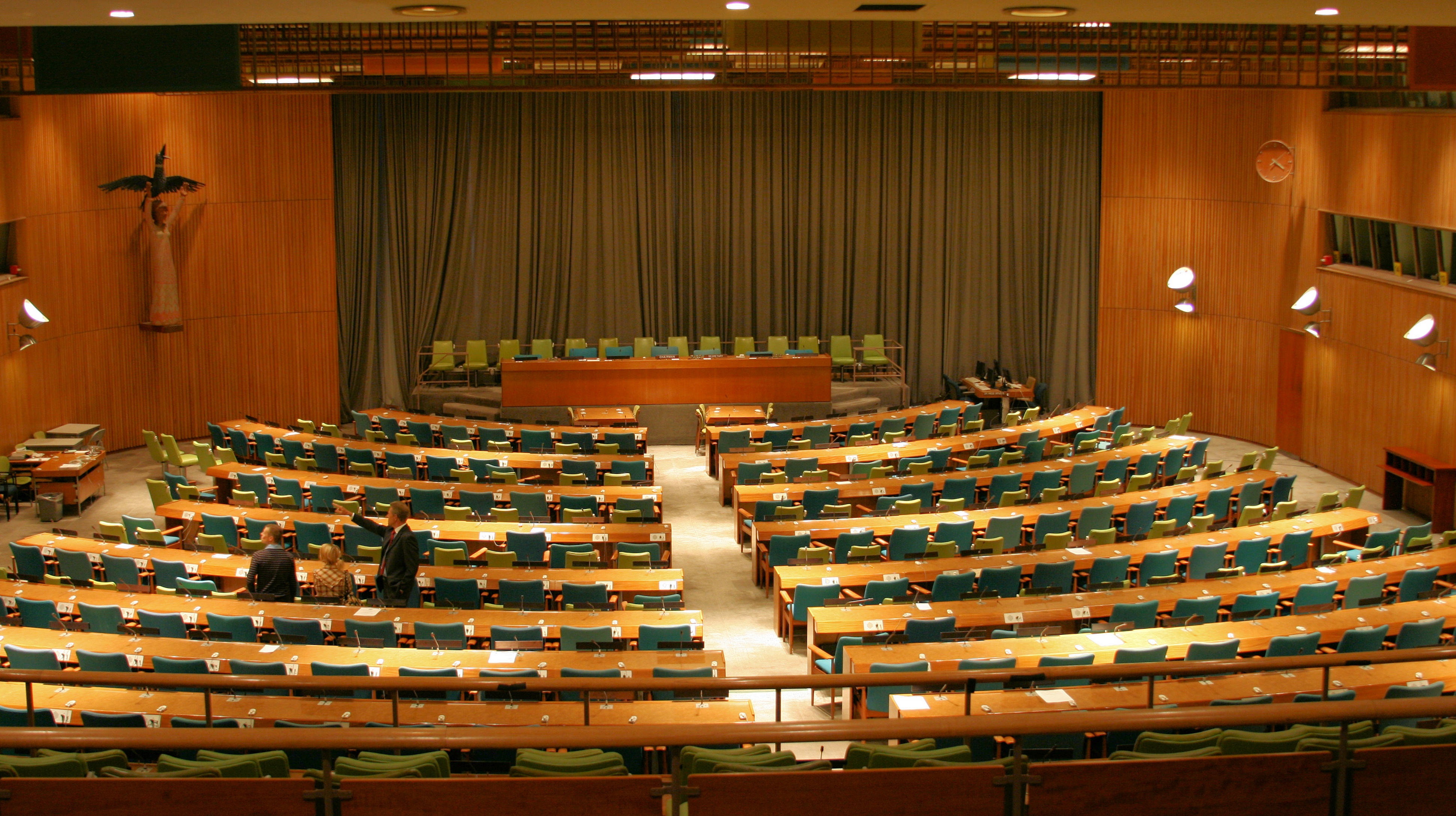 The United Nations Trusteeship Council, one of the principal organs of the , was established to help ensure that non-self-governing territories were administered in the best interests of the inhabitants and of international peace and security. The trust territories – most of them former mandates of the or territories taken from nations defeated at the end of – have all now attained self-government or , either as separate nations or by joining neighbouring independent countries. The last was , which became a member state of the United Nations in December 1994.

The Trusteeship Council was formed in 1945 to oversee the of those dependent territories that were to be placed under the international trusteeship system created by the as a successor to the mandate system. Ultimately, eleven territories were placed under trusteeship: seven in Africa and four in . Ten of the trust territories had previously been League of Nations mandates; the eleventh was .

With the independence of , formerly part of the , in 1994, there presently are no trust territories, leaving the Trusteeship Council without responsibilities. (Since the was a part of the and became a commonwealth of the USA in 1986, it is technically the only area to have not joined as a part of another state or gained full independence as a sovereign nation.)

The Trusteeship Council was not assigned responsibility for colonial territories outside the trusteeship system, although the Charter did establish the principle that member states were to administer such territories in conformity with the best interests of their inhabitants.

Its mission fulfilled, the Trusteeship Council suspended its operation on , and although under the it continues to exist on paper, its future role and even existence remains uncertain. The Trusteeship Council is currently () headed by , with Adam Thomson as vice-president [ [http://www.un.org/News/Press/docs/2004/tr2426.doc.htm Trusteeship Council elects President, Vice-President; Adopts agenda for 64th session] , United Nations Press Release TR/2426, ] , although the sole current duty of these officers is to meet with the heads of other UN agencies on occasion. Initially they met annually, but according to a UN press release from their session in 2004:

The Council amended its rules of procedure to drop the obligation to meet annually and agreed to meet as the occasion required. It now meets by its own decision, the decision of its President, at a request from a majority of its members, or at a request from the General Assembly or Security Council.

The formal elimination of the Trusteeship Council would require the revision of the UN Charter, which is why it hasn't been pursued. Other functions have been thought of.

The Commission on Global Governance's report recommends an expansion of the trusteeship councilFact|date=September 2008. Their theory is that an international regulatory body is needed to protect environmental integrity on the two-thirds of the world’s surface that is outside national jurisdictions [Shaw, John: [http://www.washdiplomat.com/01-11/a1_11_01.html UN Adviser Says World Must Focus On Sustainable Development] , The Washington Diplomat] .

In , however, UN Secretary-General proposed a sweeping reform of the United Nations, including an expansion of the . As this restructuring would involve significant changes to the UN charter, Annan proposed the complete elimination of the Trusteeship Council as part of these reforms [ [http://www.reuters.com/financeNewsArticle.jhtml?type=bondsNews&storyID=7953954 Main points of Annan's new UN reform plans] , Reuters, ] .