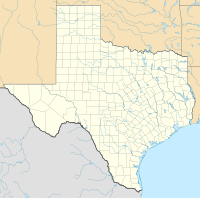 Operated and maintained by the City of Galveston, GLS is a general aviation airport serving diverse aviation segments. It has enjoyed the service of many airlines in its history, including Trans-Texas Airways (forerunner to Texas International Airlines), Braniff Airways, and Houston Metro Airlines.

The airport's Master Plan considers the potential return of commercial airline service as well as the increasing trend of corporate aircraft and oil industry helicopter activity. In preparation for increased corporate activity, the ultimate plan considers the extension of the primary runway (17/35) from 6000 X 150 ft (46 m). to 7,100 feet (2,200 m). Currently, it can accommodate aircraft as large as a Boeing 767.

GLS is an airport with air traffic control 12 hours a day (0600-1800), with direct clearance delivery service to Houston TRACON after the tower is closed. The Class D surface area changes to Class E and airport is uncontrolled. Airport lighting includes HIRL, MIRL, MALSR, REIL’s and PAPI’s as well as lighted taxiway and runway signage. It has an "A" ARFF Index. The 1,200-acre (4.9 km2) airport offers a terminal, a 24 hour fixed base operator, 24 hour weather services, a U.S. Customs agent on call, and state-of-the-art navigational aids with precision approaches providing all-weather capabilities. It is a fairly popular fueling stop for transient military aircraft due to a Military Operations Area in the Gulf of Mexico. It is also the destination airport for air ambulances transferring patients to the Shriner's Burn Center.

Of the 220+ aircraft based at GLS, 50+ are helicopters belonging to Air Logistics, Era, Evergreen, PHI, Tex-Air, and other oil industry vendors.

The Lone Star Flight Museum is located at the airport and boasts a large collection of flying antique military aircraft as well as the Texas Aviation Hall of Fame.

Light general aviation aircraft, and the occasional transient bizjets can be seen at GLS.

Scholes International Airport is the former Galveston Municipal Airport that dates back to 1931. It was renamed Corrigan Airport in 1938 for Douglas "Wrong Way" Corrigan, a Galveston native, who worked at Ryan Aeronautical Company and helped to build Charles Lindbergh's "Spirit of St. Louis". Later he piloted his own 1929 Curtiss Robin OX-5 monoplane named "Sunshine" from Floyd Bennett Field in Brooklyn, New York, to Ireland allegedly due to a "compass error" after being denied permission to fly that same trans-Atlantic route by the U.S. Bureau of Air Commerce many times before. This incident earned him his nickname.

In January 1943, Galveston AAFld. was officially activated had the 46th Bombardment Group flying the Douglas A-20 Havoc in the anti-submarine role in the Gulf of Mexico until replaced by the 10th Antisubmarine Squadron, flying RM-37 Lockheed Venturas.

The Field was primarily used for replacement crew gunnery training by the 407th Fighter-Bomber Group, with targets being towed to the gunnery range at nearby Oyster Bay. The installation cost $7 million and at its peak had some 2,500 personnel assigned.

It was officially deactivated on November 15, 1945, with ownership reverting back to the City of Galveston. As late as 1948, it was an active seaplane base per Sectional Aeronautical chart SA SAC O-5.