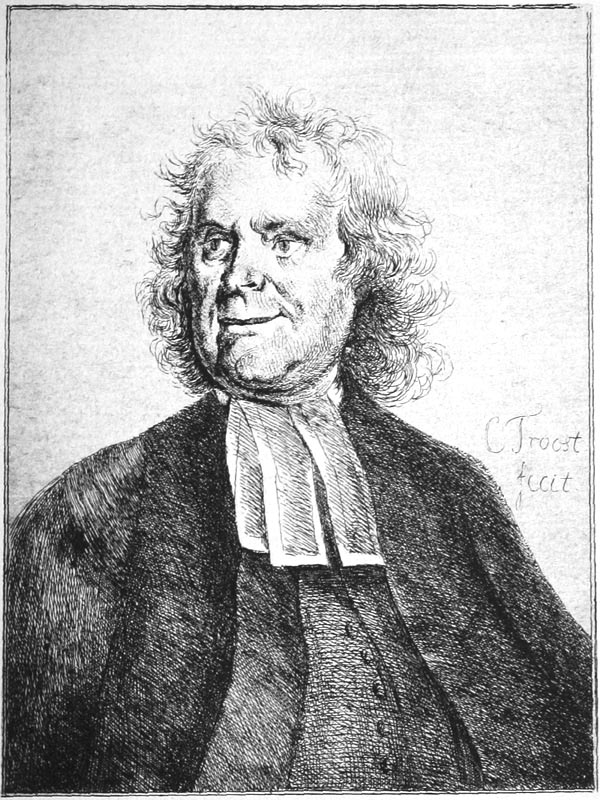 Herman Boerhaave (, , - , , ) was a Dutch botanist, humanist and of European fame. He is regarded as the founder of clinical teaching and of the modern academic . His main achievement was to demonstrate the relation of symptoms to lesions.

He was born at near . Entering the he took his degree in philosophy in 1689, with a dissertation "De distinctione mentis a corpore" (on the difference of the mind from the body), in which he attacked the doctrines of , and Spinoza. He then turned to the study of medicine, in which he graduated in 1693 at Harderwijk in present-day . In 1701 he was appointed lecturer on the institutes of medicine at Leiden; in his inaugural discourse, "De commendando Hippocratis studio", he recommended to his pupils that great physician as their model.

In 1709 he became professor of and medicine, and in that capacity he did good service, not only to his own university, but also to botanical science, by his improvements and additions to the botanic garden of Leiden, and by the publication of numerous works descriptive of new species of plants. In 1714, when he was appointed rector of the university, he succeeded in the chair of practical medicine, and in this capacity he introduced the modern system of clinical instruction. Four years later he was appointed to the chair of chemistry also. In 1728 he was elected into the , and two years later into the of London. In 1729 declining health obliged him to resign the chairs of chemistry and botany; and he died, after a lingering and painful illness, at Leiden.

His reputation so increased the fame of the University of Leiden, especially as a school of medicine, that it became popular with visitors from every part of Europe. All the princes of Europe sent him pupils, who found in this skillful professor not only an indefatigable teacher, but an affectionate guardian. When Peter the Great went to Holland in 1715, to instruct himself in maritime affairs, he also took lessons from Boerhaave. traveled to see him, as did . His reputation was not confined to Europe; a Chinese mandarin sent him a letter addressed to "the illustrious Boerhaave, physician in Europe," and it reached him in due course. The operating theatre of the University of Leiden in which he once worked as an anatomist is now at the center of a museum named after him; the . Boerhaave first described , which involves tearing of the esophagus, usually a consequence of vigorous vomiting. He notoriously described in 1724 the case of Baron Jan von Wassenaer, a Dutch admiral who died of this condition following a gluttonous feast and subsequent regurgitation. This condition was uniformly fatal prior to modern surgical techniques allowing repair of the esophagus.

Boerhaave was critical of his contemporary, , attacking him in his dissertation in 1689.

On , Boerhaave married Maria Drolenvaux, the daughter of the rich merchant, Alderman Abraham Drolenvaux. They had four children, of whom one daughter, Maria Joanna, lived to adulthood [http://www.whonamedit.com/doctor.cfm/2404.html] . In 1722, he began to suffer from an extreme case of , recovering the next year.