Dilapidation is a term meaning in general a falling into decay, but more particularly used in the plural in English law for

Dilapidation is derived from the Latin for scattering the stones (lapides) of a building. 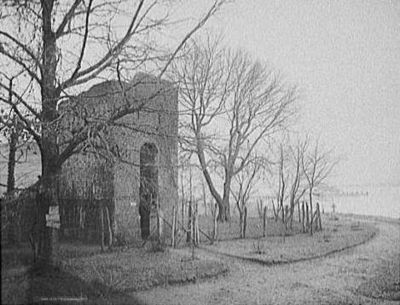 In general English law a tenant for life has no power to cut down timber, destroy buildings, etc., or to let buildings fall into disrepair (see Waste). In the eye of the law an incumbent of a living is a tenant for life of his benefice, and any waste, voluntary or permissive, on his part must be made good by his administrators to his successor in office. The principles on which such dilapidations are to be ascertained, and the application of the money payable in respect thereof, depend partly on old ecclesiastical law and partly on acts of parliament.

Questions as to ecclesiastical dilapidations usually arise in respect of the residence house and other buildings belonging to the living. Inclosures, hedges, ditches and the like are included in things of which the beneficed person has the burden and charge of reparation. In a leading case (Ross v. Adcock, 1868, L.R. 3 C.P. 657) it was said that the court was acquainted with no precedent or decision extending the liability of the executors of a deceased incumbent to any species of waste beyond dilapidation of the house, chancel or other buildings or fences of the benefice. And it has been held that the mere mismanagement or miscultivation of the ecclesiastical lands will not give rise to an action for dilapidations.

To place the law relating to dilapidations on a more satisfactory footing, the Ecclesiastical Dilapidations Act 1871 was passed. The buildings to which the act applies are defined to be such houses of residence, chancels, walls, fences and other buildings and things as the incumbent of the benefice is by law and custom bound to maintain in repair. In each diocese a surveyor is appointed by the archdeacons and rural deans subject to the approval of the bishop; and such surveyor shall by the direction of the bishop examine the buildings on the following occasions viz.

The governors pay for the works on execution on receipt of a certificate from the surveyor; and the surveyor, when the works have been completed to his satisfaction, gives a certificate to that effect, the effect of which, so far as regards the incumbent, is to protect him from liability for dilapidations for the next five years. Unnecessary buildings belonging to a residence house may, by the authority of the bishop and with the consent of the patron, be removed. An amending statute of 1872 (Ecclesiastical Dilapidations Act (1871) Amendment) relates chiefly to advances by the governors of Queen Anne's Bounty for the purposes of the act.