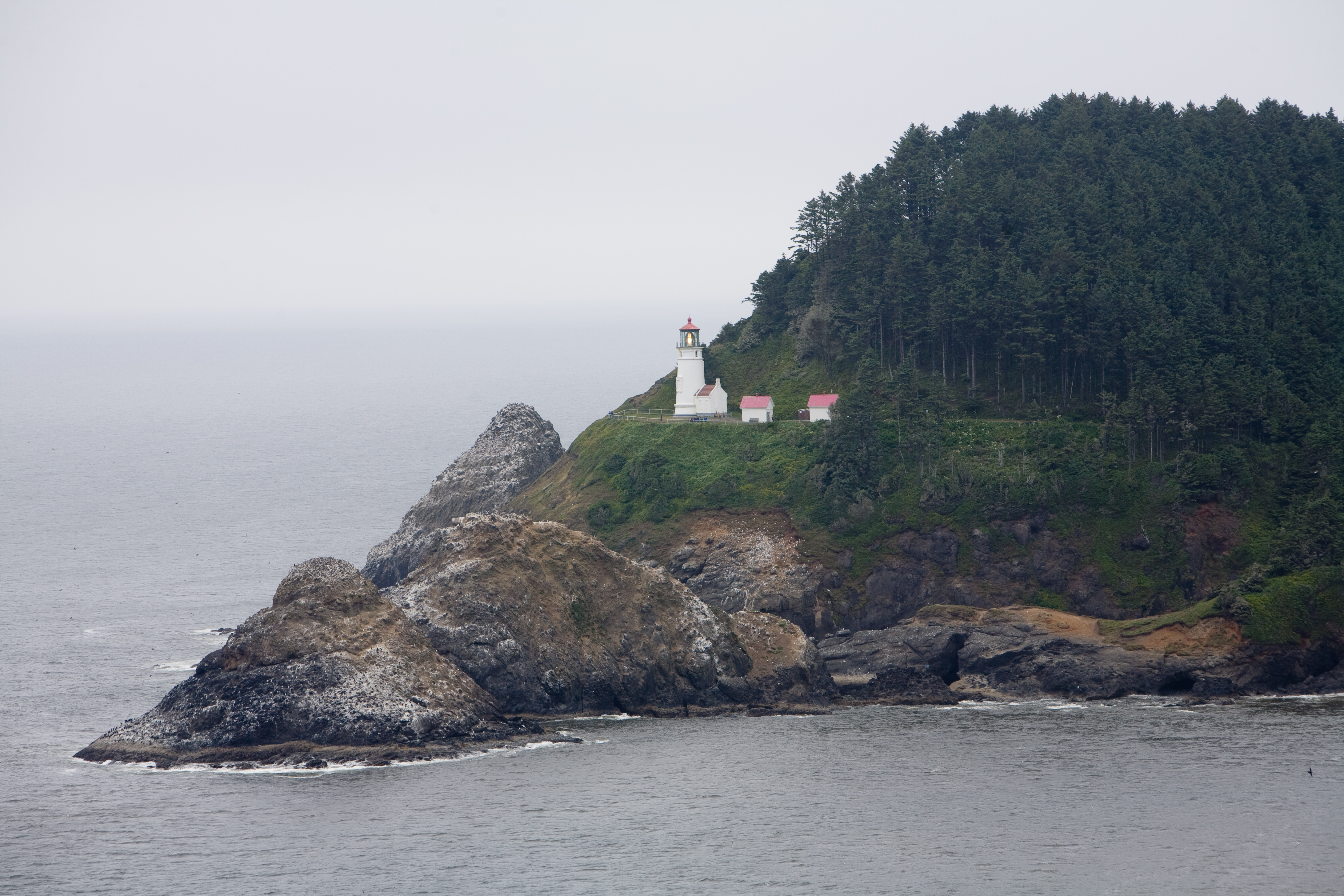 is named after the Spanish explorer , who explored the during the late 18th century. Before him, Heceta Head was a spot of frequent fishing and hunting by the Native American tribes that sparsely populated the area. In 1888, white settlers moved into the area and claimed convert|164|acre|0 of the surrounding land. That same year approved the building of the lighthouse, and the government bought convert|19|acre|0 (out of the 164 previously purchased) for the lighthouse structures.

In 1892, a crew of 56 constructed the light. Because of the site's seclusion, building materials were either shipped in if the weather and tide permitted, or brought from Florence by , the latter usually taking four or five hours. Stones were brought from the and bricks came from . Completed in August 1893, the entire project cost $80,000

The lighthouse and the keepers quarters were placed on the in 1978 for its architectural and engineering significance. [ cite web
url = http://www.nationalregisterofhistoricplaces.com/OR/Lane/state2.html
title = Oregon listings for Lane County
publisher =
accessdate = 2007-08-23 ] The site originally included several other buildings—farm buildings and the single-family head lighthouse keeper's house, which was demolished in 1940. The remaining keepers house was a duplex that housed the first and second assistant lighthouse keepers and their families. After the light was automated in 1963, the last keepers moved away and the remaining house was leased to in 1970 by the U.S. Forest Service, which had taken over management of the building. The porch of the Queen Anne-style house underwent restoration in 1981. [ cite book
title = Style & Vernacular: A Guide to the Architecture of Lane County, Oregon
publisher = Western Imprints, The Press of the Oregon Historical Society
date = 1983
id = ISBN 0-87595-085-X ]