The Raven in popular culture

Edgar Allan Poe's poem "The Raven" has been frequently referenced and parodied in contemporary culture. Immediately popular after the poem's publication in 1845, it quickly became a cultural phenomenon. Some consider it the best poem ever written.[1] As such, modern references to the poem continue to appear in popular culture.

"Deep into that darkness peering, long I stood there wondering, fearing,
Doubting, dreaming dreams no mortals ever dared to dream before;
But the silence was unbroken, and the stillness gave no token,
And the only word there spoken was the whispered word, ..."

Will Elder's absurd illustrations of "The Raven", from Mad Magazine #9, March 1954. 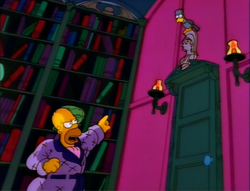 The Simpsons version of "The Raven" (3rd segment of the first Treehouse of Horror special): Homer cries out "Be that word our sign of parting." 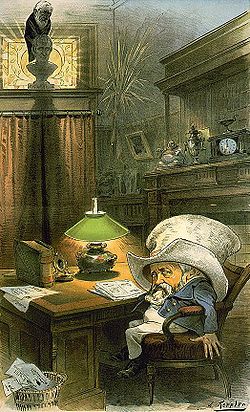