The base's airfield is named after Air Vice-Marshal Clifford McEwen and is one of only three military aerodromes in Canada to be named after an individual; Valcartier (W/C J.H.L. (Joe) Lecomte) Heliport and Cold Lake/Group Captain R.W. McNair Airport being the others.

CFB Moose Jaw's airfield is also used by civilian aircraft, with civilian operations at the base referring to the facility as Moose Jaw/Air Vice Marshal C.M. McEwen Airport.

The airport is classified as an airport of entry by NAV CANADA and is staffed by the Canada Border Services Agency. The customs service is currently restricted to 15 Wing - Moose Jaw aircraft only.[1]

A civilian flying club aerodrome was established on the site south-southwest of Moose Jaw in 1928 by the Moose Jaw Flying Club. Its location surrounded by flat open prairie proved to be an ideal training site.

The declaration of World War II saw the Moose Jaw Flying Club initially contracted to provide pilot training for the Royal Canadian Air Force, however this was soon replaced by the far larger British Commonwealth Air Training Plan (BCATP) which saw the Government of Canada acquire the aerodrome and completely reconstruct it into RCAF Station Moose Jaw in 1940 with the new aerodrome opening in 1941.

Initially the Royal Air Force trained exclusively at the base under the RAF's No. 32 Service Flying Training School (SFTS) (ca. 1942) using Harvards, and later, Oxfords. No. 32 SFTS eventually broadened its intake to train 1,200 pilots for the air forces of Canada, the United Kingdom, Norway, New Zealand, Poland, France, Czechoslovakia, Belgium, the United States and the Netherlands.

In 1946 RCAF Station Moose Jaw was decommissioned and the aerodrome was returned to civilian service after the war.

Rising Cold War tensions saw the aerodrome reactivated by the RCAF in 1953 as the site of military pilot training. RCAF Station Moose Jaw undertook additional construction to support its expanded personnel complement. The base was used by the RCAF and its NATO allies for pilot training, using both single-prop World War II-era Harvards and CT-133 Silver Star jet training aircraft. By the mid-1960s these were both replaced by the Canadian built CT-114 Tutor.

In 1968 the RCAF merged with the Canadian Army and the Royal Canadian Navy to form the unified Canadian Forces. The base's name was changed to Canadian Forces Base Moose Jaw, usually shortened to CFB Moose Jaw. From 1968 until the formation of Air Command in 1975, CFB Moose Jaw fell under the direction of Training Command and served to house the Tutor Jet Training Program.

By the early 1990s, CFB Moose Jaw was operated by over 1,300 employees and made a significant economical impact on the region, but pending cutbacks in military spending spread rumours of possible closure of the base. In 1994 Bombardier Inc. put forth a proposal to provide what is now the NATO Flying Training in Canada program. The proposal was accepted and eliminated all worries that the base would be closed. Many of the base's structures were renovated to accommodate new personnel and new training aircraft. Pilots from Denmark, Singapore, Great Britain, Italy, Hungary, Germany, Finland and many other allied nations train at CFB Moose Jaw every year, ensuring the base's future with the Canadian Forces.

From 1970 until its disbandment in 1993 Moose Jaw had a Base Rescue Flight flying three CH-118 Huey helicopters.[4]

During a reorganization at AIRCOM in the late 1990s, CFB Moose Jaw's various AIRCOM units were placed under a new primary lodger unit called "15 Wing"; consequently the base is frequently referred to as 15 Wing Moose Jaw.

CFB Moose Jaw is home to the following units:

The base is one of only two Canadian Forces facilities in Saskatchewan, the other being CFAD Dundurn, a detachment of 17 Wing, Winnipeg.

15 Wing annually holds an Armed Forces Day with flight demonstrations by the Snowbirds and foreign air force aircraft, as well as ground displays by Army and Navy Reserve units in the surrounding area.[citation needed] 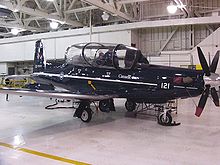