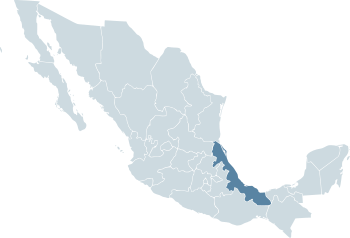 The Mexican state of Veracruz is subdivided into 212 municipalities (municipios):