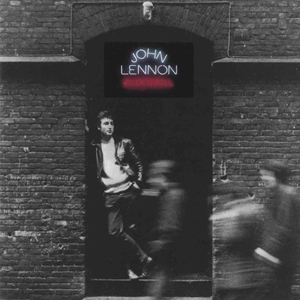 "Rock 'n' Roll" is a 1975 of late 1950s and early 1960s-era rock songs covered by . The recording of the album spanned a year and its dramatic sessions have since entered into rock music folklore.

While still encumbered with the US government's attempts to have him deported, Lennon found himself threatened with a lawsuit, by chief . Lennon had admitted in an interview that his song "" both borrowed stylistically from 's ""Fact|date=August 2008, published by Levy, and re-used one line ("Here come old flat-top") from the song. Levy sued Lennon for infringement, but agreed to drop the suit if Lennon recorded at least three songs that Levy published, on his next album (after ""). Browsing Levy's music publishing catalog, Lennon found so many of his old favourites that he decided to do a full album of , by Levy's artists and others.

After splitting with in the fall of 1973, and arriving in with , Lennon teamed up with to record the album, working at both Studios and . Due to the boys-club nature of the sessions, the atmosphere quickly fell into disarray with alcohol, with Lennon in particularly aggressive formFact|date=August 2008. After they were banned from the A&M lot, Spector disappeared with the session tapes and would not be heard from for several months. Spector made one cryptic call to Lennon, claiming to have the " tapes" from the recent ; Lennon deduced that Spector meant he had the album's master tapes. Lennon's return calls got him only double-talk from Spector or an assistant; when an auto accident on March 31, 1974 left Spector in a coma, the project went on indefinite hold.

In the meantime, having met up with singer-songwriter and former bandmate in Los Angeles, Lennon produced Nilsson's album "", and contributed to Starr's album "", including its title song. The three rented a house together in Los Angeles, to keep one another out of trouble with alcohol, but this had limited success. As the months went by, Lennon began writing what became "", and moved with May Pang back to New York during the spring of 1974.

Just prior to commencing the "Walls and Bridges" sessions in New York, Lennon received a package from Spector — the missing masters, rescued by then-president at a cost of $90,000. Not wanting to break stride, Lennon shelved the tapes, completing his own album first, then returned to the year-old recordings. Finding his work with Spector less than spectacular (Lennon's alcohol consumption showed in his singing voice, while Spector's recording work was laden with technical problems such as leakage), Lennon recalled his band from "Walls and Bridges", cutting nine new songs in just a few days, and touched up the vocals to some of the Spector tapes.

Lennon planned to use some of his childhood artwork for the cover of his next album. This had originally been the covers album, but when Lennon changed gears, the artwork was used instead for "Walls and Bridges". [John Lennon, Interview, WNEW NY, September 1974] [ [http://www.beatlebrunch.com/Features/Articles/dennis.html Beatle Brunch - Dennis Elsas ] ] During September 1974, May Pang attended the first Beatlefest convention at Lennon's behest, meeting , an old friend of the Beatles from , who was selling his own photographs of the band from their Hamburg days. Reuniting with Vollmer in New York, Lennon chose one of his photos for the covers album. [May Pang: "Instamatic Karma", St. Martin's Press 2008]

The album's working title had been "Oldies but Mouldies"; no official title had been chosen until Lennon saw the prepared as cover art by John Uotomo, with Lennon's name and the words "ROCK 'N' ROLL" beneath. This struck Lennon in a positive way, and it became the album title. [The Editors of "Rolling Stone": "The Ballad of John and Yoko", Rolling Stone Press 1982]

With "Walls and Bridges" coming out first, Lennon made one nod on it toward his deal with Morris Levy; a quickie version of 's "Ya Ya", dashed off in the studio with son playing drums. While the album gave Lennon his second US #1 album and first #1 single with "", Levy was not amused by the "Ya Ya" cover, and threatened to refile his lawsuit. Lennon explained to Levy what had happened, and that the covers album was indeed in the works, giving him a rough copy to review. Levy then offered to directly market the album via , through his own record label, bypassing Capitol and and giving both Lennon and Levy a larger share of the album's profits. Lennon gave his assent, considering appearing in a TV commercial to promote the album, but knew he would need the approval of EMI, Capitol and for the deal.

With so much money and time invested in "Rock 'n' Roll", neither Capitol, EMI nor Apple wanted to give it up, insisting Lennon release it according to his , and turn Levy's proposal down. Feeling betrayed, Levy pressed an album titled "Roots", from the rough-mix tape Lennon had provided, using a 1968 stock photo of Lennon for the cover and marketing the record otherwise as planned, and proceeded to sue Lennon, EMI and Capitol for $42 million, for breach of contract. Lennon finished work on his version of the album, leaving several songs out of the final selection. As 1975 began, Capitol Records prepared a rush-release, and Lennon reconciled with Yoko Ono.

With only 3000 copies of "Roots" reportedly pressed, original copies are rare and sought-after collector's items. Copies in have sold for US$2000. [ [http://meltingpot.fortunecity.com/kirkland/266/john/john.htm John Lennon, 1968-present ] ]

"Rock 'n' Roll" became another hit for John Lennon, reaching #6 in both the UK and US, where it soon went gold. "Stand by Me" also proved a US Top 20 hit that spring. A companion was issued, with original versions for all the tunes, bios of the s, and Lennon's own notes and recollections. Unfortunately, the delay in completing the album took much of the novelty away; several other artists had by this time done their own oldies projects, cutting into potential sales for Lennon.

Not long after the album appeared, Yoko Ono discovered she was pregnant. Determined not to lose another baby after three consecutive miscarriages, Lennon decided to halt his musical career for his family. would be born that October (on his father's 35th birthday); following the release of "" (a compilation album culled from Lennon's solo output between 1969-1975), Lennon would not return with a new release until 1980.

Going to court, Lennon, EMI and Capitol prevailed, with Levy having to accept a token payment for the infringement on "You Can't Catch Me", then having to pay a judgment of his own, including $42,000 to Lennon for "damages to his reputation", as termed by the court. Distribution of "Roots" was halted, with Lennon disappointed at how poorly the mail order setup had actually worked, having ordered his own copy as follow-up and waiting almost a month to receive it.

The album was briefly reissued in the UK by the budget label with an alternate coverFact|date=August 2008. In the US, it was reissued in October 1980 to coincide with Lennon's 40th birthday.

In 2004, Yoko Ono supervised the remixing of "Rock 'n' Roll" for its reissue, including four bonus tracks from the ill-fated late-1973 Spector sessions. Other leftovers from the sessions had already appeared, as part of "Menlove Avenue" (a 1986 collection of Lennon outtakes and demos) or the "" .

"All tracks produced by , except where noted."