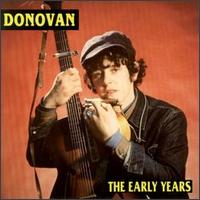 "The Early Years" is a compilation from Scottish . It was released in the United Kingdom in March 1993 (Dojo EarlD 13) and the United States in October 1994.

In 1993, Dojo Records released another compilation of Donovan's 1965 recordings entitled "The Early Years". The compilation was released in the United States by Castle the following year.

All tracks by Donovan Leitch, except where noted.