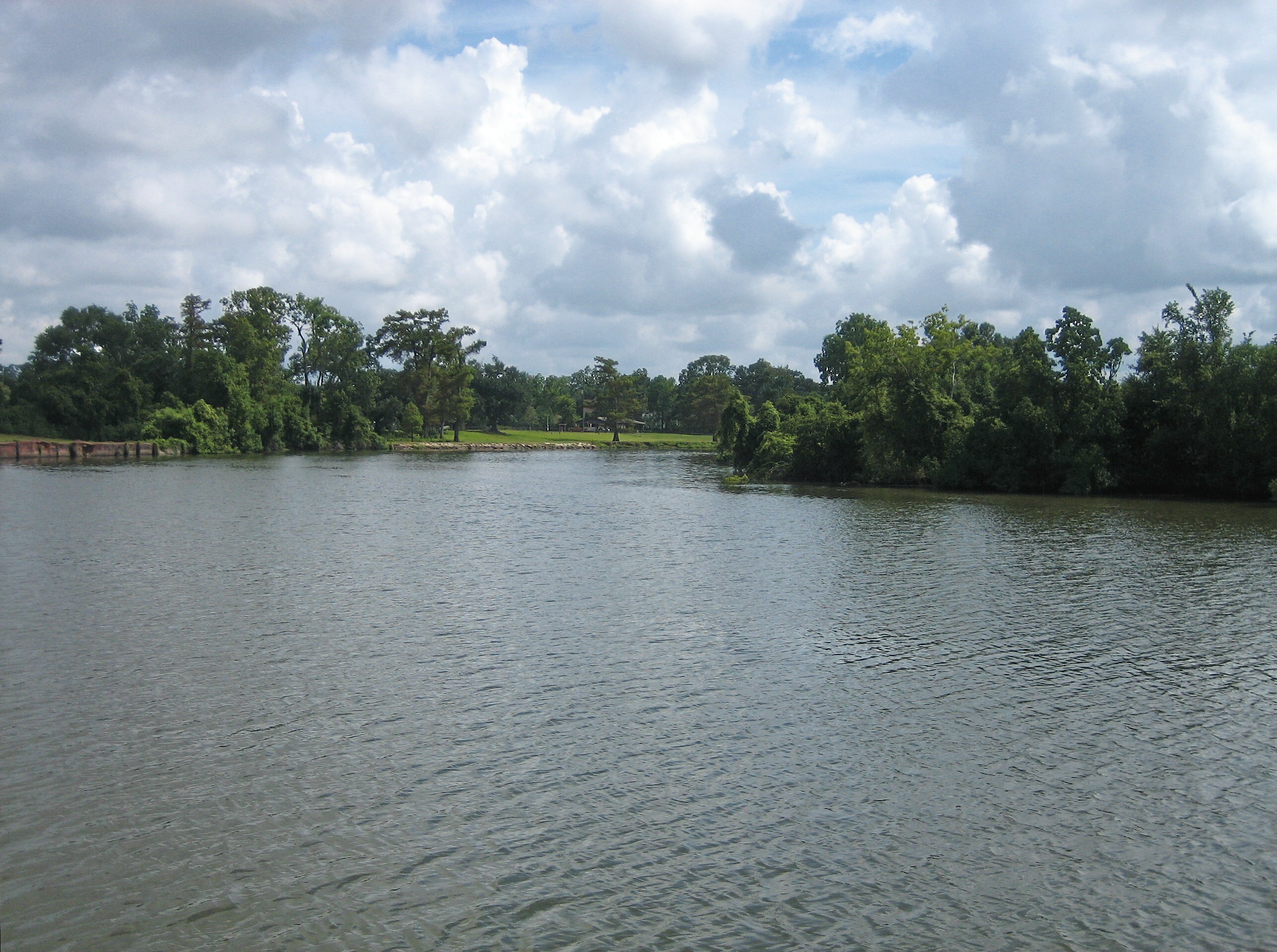 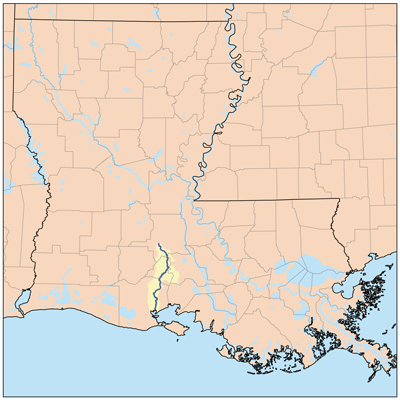 The river is a "consequent stream" or a "", which means that the Vermilion was formed from the bottom up. The river began life in . Tides and other natural actions in the bay slowly eroded away the marshes and other features of the landscape as the river crept northward. This process brought the channel that would one day become the Vermilion River as far north as . Much later a distributary of made its way south and eventually linked up with the consequent stream forming a true north-south flowing river. During times of heavy rain events, parts of the Vermilion will reverse itself and flow north. [ [http://bayouvermilion.org bayouvermilion.org "RIVER HISTORY"] ] The reverse flow phenomenon occurs because of the highly developed watershed areas in the City of Lafayette. Rainfall runoff from this urban area enters the Vermion River with larger volumes and at a faster rate. This raises the water level in the Vermilion River along the southern areas of the City of Lafayette. This rise in water levels sometimes exceeds the water level in reaches upstream of the City of Lafayette, thus causing the reverse flow effect. Also when water levels in the Vermilion River exceed certain stages, water begins to enter the Bayou Tortue Swamp Area. This swamp has a very large capacity to hold water, which also contributes to the reverse flow effect. The water from the Vermilion River enters Bayou Tortue Swamp through two Coulees. Coulee Crow and Bayou Tortue are located upstream of the Surrey Street bridge on the Vermilion River.

In its early stage of development, the only point in the city where water transportation could be secured was at the site of the Pinhook Bridge. Consequently, property owners and businesses located there. In later years, steamboats ran on the bayou. However, low water levels and submerged logs hampered their ability to travel.

The importance of the Vermilion as a means of transportation and commerce declined with the introduction of the railroad and the paving of all highways leading into Lafayette in . The also had a significant impact on Bayou Vermilion. Dredging, completed in , gave the bayou a depth of nine feet and a bottom width of 100 feet.

A pumping station was built on the near with the capacity to pump up to 1,040 cubic feet of fresh water per second into and eventually into the Vermilion River. The Teche-Vermilion Freshwater Project began in and was completed in .

Towns Along The River