National Cheng Kung University (traditional Chinese: 國立成功大學; simplified Chinese: 国立成功大学) is a national university in Tainan City, Taiwan. Its abbreviation is NCKU. In Chinese, its name is shortened to 成大 (Chéng Dà). Cheng Kung is named after Zheng Ch'eng-Kung, who defeated the Dutch and founded the Kingdom of Tungning in Taiwan.

NCKU is one of the most prestigious universities in Taiwan, with a high reputation in science, engineering, medicine, management, planning and design. According to Times Higher Education- QS World University Rankings and Performance Ranking of Scientific Papers for World Universities, NCKU was ranked second or third among all universities in Taiwan. Many surveys throughout the years have shown that its students are most desired by Taiwanese companies. NCKU has 9 colleges, 40 departments, 82 graduate institutes, and 54 research centers, and it is also a major university, educational, and area-network center in Taiwan.

Currently, there are about 22,000 students at National Cheng Kung University in 9 colleges, 40 departments, 82 graduate institutes, and 55 research centers. Starting from 2006, the Ministry of Education has offered NCKU NT$1.7 billion annually for five consecutive years for its excellent academic performance and potential.[1]

When the central government of the Republic of China moved to Taiwan in 1949, it was one of the three existing colleges in Taiwan. As the number of colleges expanded, it was upgraded to a provincial university in 1956, and then a national university in 1971. Former Minister for Education Wu Jin served as the first president of the new National Cheng Kung University.[2] 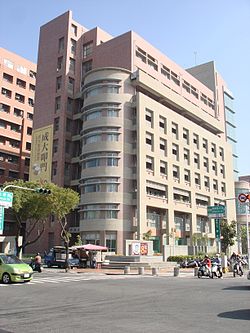 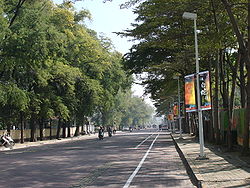 The university has 9 colleges: