Afula (Hebrew: עֲפוּלָה‎‎; Arabic: العفولة‎, al-ʻAfūlaḧ) is a city in the North District of Israel, often known as the "Capital of the Valley", referring to the Jezreel Valley. The city had a population of 40,500 at the end of 2009.[1]

Located in the Jezreel Valley, Afula is roughly halfway between Jenin and Nazareth. It lies on the site of the Israelite village of Ofel, the hometown of the Biblical figure Gideon. It is mentioned in the Books of Kings (2 Kings 5, 24) in connection with Elisha and the disciple of Elijah, who lived in the vicinity.

The 12th-century sultan Saladin founded an Arab village named al-Fulah on the site. In 1226, Syrian geographer Yaqut al-Hamawi mentioned it as being "a town in Jund Filastin," and formerly a Crusader castle between Zir'in and Nazareth.[2] In 1799, during Napoleon's Syrian campaign, the Battle of Mount Tabor was fought around al-Fulah.

In 1909 or 1910, Yehoshua Hankin completed his first major purchase in the Jezreel Valley. He bought some 10,000 dunams (10 km²) of land in Al-Fuleh (now Afula), which became the home of Merhavia and Tel Adashim. This purchase also marked the start of bitter disputes between Arabs and Jews over the rights of tenant farmers who had been evicted, and regarding the employment of Jewish or Arab watchmen for the land.

The modern community of Afula was founded in 1925 by the American Zionist Commonwealth, after the completion of the purchase of the valley from the Sursuk family of Beirut. The nearby Arab village of Al-Fulah was disbanded by the turn of the century. At the time, the community was served by the Jezreel Valley railroad, which was abandoned during the War of Independence. 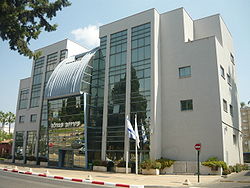 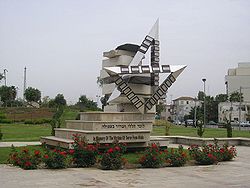 Memorial for victims of terror from Afula 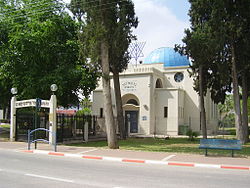 Due to Afula’s proximity to the West Bank, it became a target of Arab terrorism in the Second Intifada. On 6 April 1994, a car bombing carried out by Hamas in the center of Afula killed five people. Afula also was the target of a suicide attack on a bus on 5 May 2002, in which one person died several people were injured at Afula’s central bus station. On 19 May 2003, the city's Amakim Mall was bombed, killing three and wounding 70. This attack was carried out by Palestinian Islamic Jihad and the Fatah movement’s Al-Aqsa Martyrs Brigades. On 17 July 2006, Hezbollah fired Katyusha rockets at Afula, one of the southernmost rocket attacks on Israel from Lebanon. Six people were treated for shock as a result of the bombing. On 28 July, a rocket landed causing a fire. The Katyusha carried 100 kilograms of explosives.

Afula is Twinned with: