ETBU is located on the site of the former Van Zandt Plantation, which is at the highest altitude in Harrison County. ETBU was founded as the College of Marshall in 1912, after a campaign to create a Southern Baptist college in East Texas. The campus' first building, Marshall Hall, was completed in 1916. It was designed to house a gymnasium, library, chapel/theatre, administrative offices and classrooms. The College of Marshall opened the following year in 1917 as a two year junior college and academy. It became East Texas Baptist College in 1944[8]

The student to faculty ratio is 16:1[7] and the average class size is 22.[7] Ninety-five percent of full-time faculty members have earned doctorates or terminal degrees. 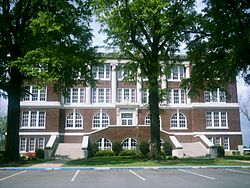 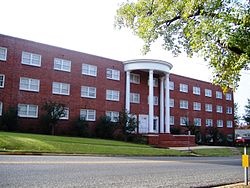 There are several academic departments at ETBU.

The mascot for ETBU is a tiger, "Toby." ETBU also has a live Tiger mascot named "Sarge" who is housed off campus.[7]