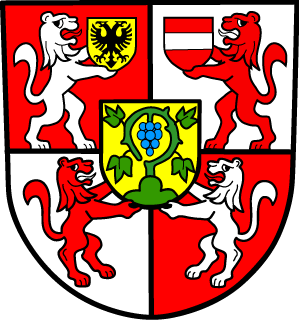 symbol_type = Coat of arms of Weingarten 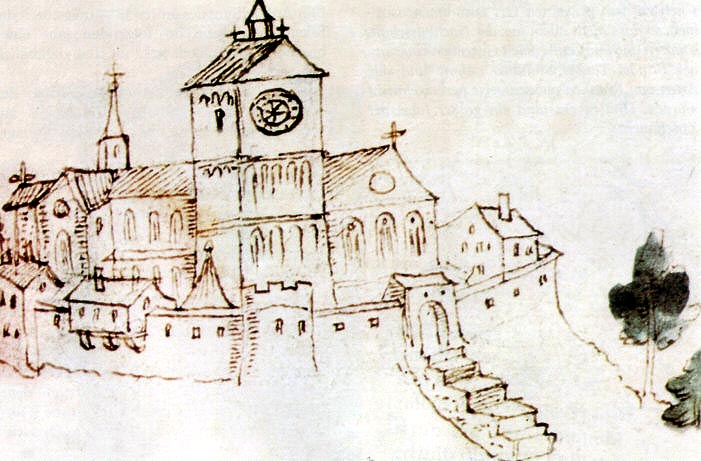 Weingarten Abbey or St. Martin's Abbey ( _de. Reichsabtei Weingarten) is a Benedictine monastery on the Martinsberg ("St. Martin's Mount") in Weingarten near in ().

In 1056, , founded a Benedictine monastery on the Martinsberg, overlooking the village of Altdorf, an inheritance from his mother. The name "Weingarten" ("vineyard") is documented from about 1123. (In 1865, the village took the name of the monastery to become the present town of Weingarten). He settled it with monks from . In 1126, , withdrew here after his abdication; he died the same year and was buried in the abbey church.

The monks worked among other things at manuscript illumination. Their most famous work is the "Berthold Sacramentary" of 1217, now in the in . Also of especial note is the "Welfenchronik", written and illustrated in about 1190, chronicling and glorifying the which had its seat at nearby.

The monastery was elevated to the status of a "" (i.e., independent of all territorial lordship except that of the monarchy) in 1274.

It acquired territory of 306 km², stretching from the to the and including many forests and vineyards, and was one of the richest monasteries in southern Germany.

From 1715, the Romanesque abbey church, constructed between 1124 and 1182, was largely demolished, and replaced between 1715&ndash;1724 by a large and richly decorated Baroque church, which since 1956 has been a papal basilica minor. This church was intended to stand within a monastic site built to the ideal layout, but this undertaking was only partially completed as the north wing would have blocked the "via regia" or imperial road. Following the order on April 27, 1728 to stop construction on the north wing, the southern wing was extended and the east wing was completed.

In 1803, during secularisation, the abbey was dissolved. At first, it became part of the possessions of the House of , and then in 1806 part of the Kingdom of . The buildings were used inter alia as a factory and as a barracks.

In 1922, Weingarten was re-founded and re-settled by Benedictines from and from the English Abbey of Erdington (in a suburb of ) which had itself been settled from Beuron. In 1940, the monks were expelled by the National Socialists, but were able to return after the end of the war.

The monks are responsible for the management of the "Blutritt", or to the Reliquary of the Holy Blood in the abbey church; they also run a guesthouse.

Weingarten belongs to the of the . It is a monastery of two ecclesiastical traditions, or "rites". One part of the monks follow the Roman observance, the other part the Byzantine observance.

The abbey and the St. Martin's are a major attraction on the tourist route known as the "Oberschwäbische Barockstrasse" ().

The current church was built between 1715 and 1724 in the Italian-German Baroque style according to plans by Franz Beer. The church is the second largest church in Germany

Within the church is the famous "Gabler Organ", a church organ that was built between 1735 and 1750 by Joseph Gabler. The organ has over 60 registers, 169 ranks, 63 voices

A wing of the abbey precincts accommodates the present monastery. Other parts of the former abbey house the "Pädagogische Hochschule Weingarten" and the Academy of the Diocese of Rottenburg-Stuttgart.