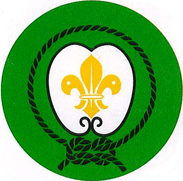 The Seychelles Scout Association (SSA) is the national organization of the . Scouting in Seychelles was founded in 1927 and became a member of the (WOSM) in 2002. The association has 609 members (as of 2008).

Scouting in Seychelles started in 1927 as an overseas branch of (UK) and aimed mainly to British boys. Later it was opened to all boys. In 1977, Scouting was banned by the government of the now independent country.

The Scout movement was readmitted in 1994 and became a member of WOSM in 2002. Since 1998, the SSA is twinned to the "Greater London South West County" of the Scout Association (UK).

As English and French are official languages of the Seychelles, the is "BePrepared" (English) and "Sois Prêt" (French).

On my honour, I promise that I will do my best, to do my duty to God and to my country, to help other people and to keep the Scout Law.

Within the structures of WOSM, the Seychelles Scout Association is member of the Africa Scout Region. In July 2006, , who was born in the Seychelles, was appointed Regional Director for the World Scout Bureau Africa Regional Office.